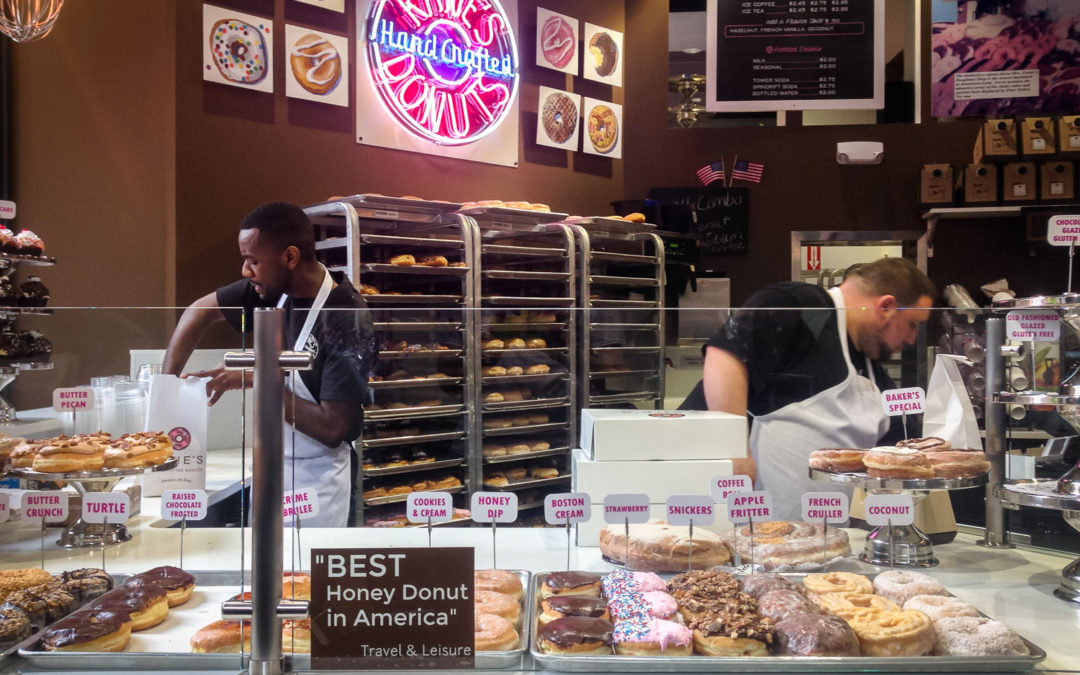 #NationalDonutDay was June 3rd this year. I had no idea until June 2nd, when I stumbled on this article from boston.com. Since moving to this new city, I’d been wanting to find a go-to donut shop. Donuts are my #1 guilty pleasure, my exploration food. I use donuts to get out and wander. In Budapest, I was encouraged by the number of donut shops we passed in our AirBnB’s neighborhood, only to be disappointed by their offerings (too many toppings, a,k.a. The Voodoo Donuts Quandary) but happy with a better understanding of the neighborhood we were living in. Cider house donuts in Michigan last fall led us on a hunt all over the Mitten. It only seemed fitting that first big exploration of my new home would somehow involve those magic breakfast pastries. Serendipitously, a month after moving to Boston for good, #nationaldonutday was here and I came up with this: 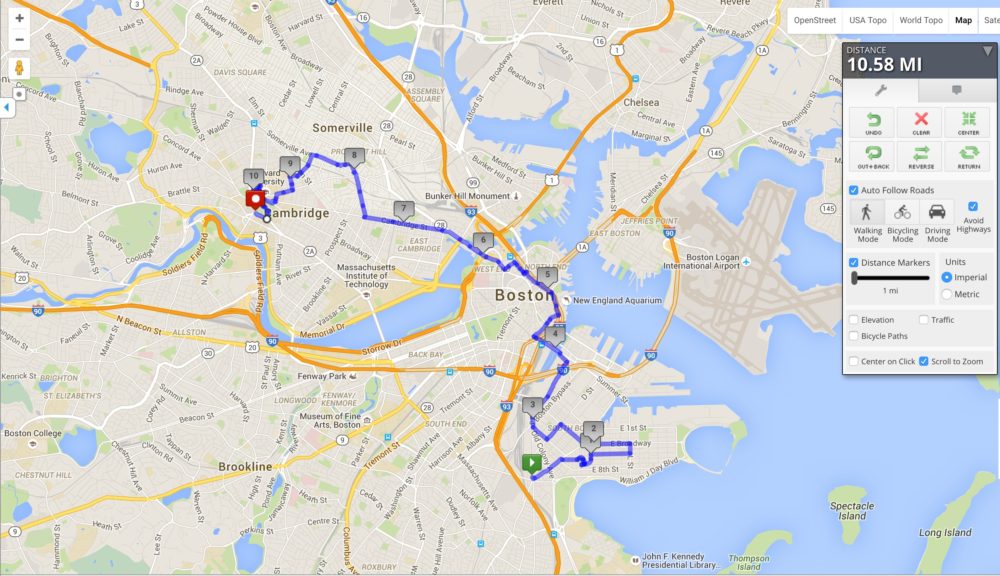 I decided the best way to do this would be to run to each donut shop and taste their offerings. It was kind of a flawless plan. Donuts are super-simple carbs, perfect fuel for mid-run refuels and there is a enough distance between shops in the city that by the time I got from one to the other, I’d be hungry and ready to try each donut as objectively as this subjective system would allow.

The whole thing was a blast. So far, it’s been one of my favorite things about moving to Boston. Was it an arbitrary way to explore my new city? Yes! Was it healthy? Healthier than just eating four donuts and doing nothing (not that I’ve done that before…). Was it pointless? Absolutely not. 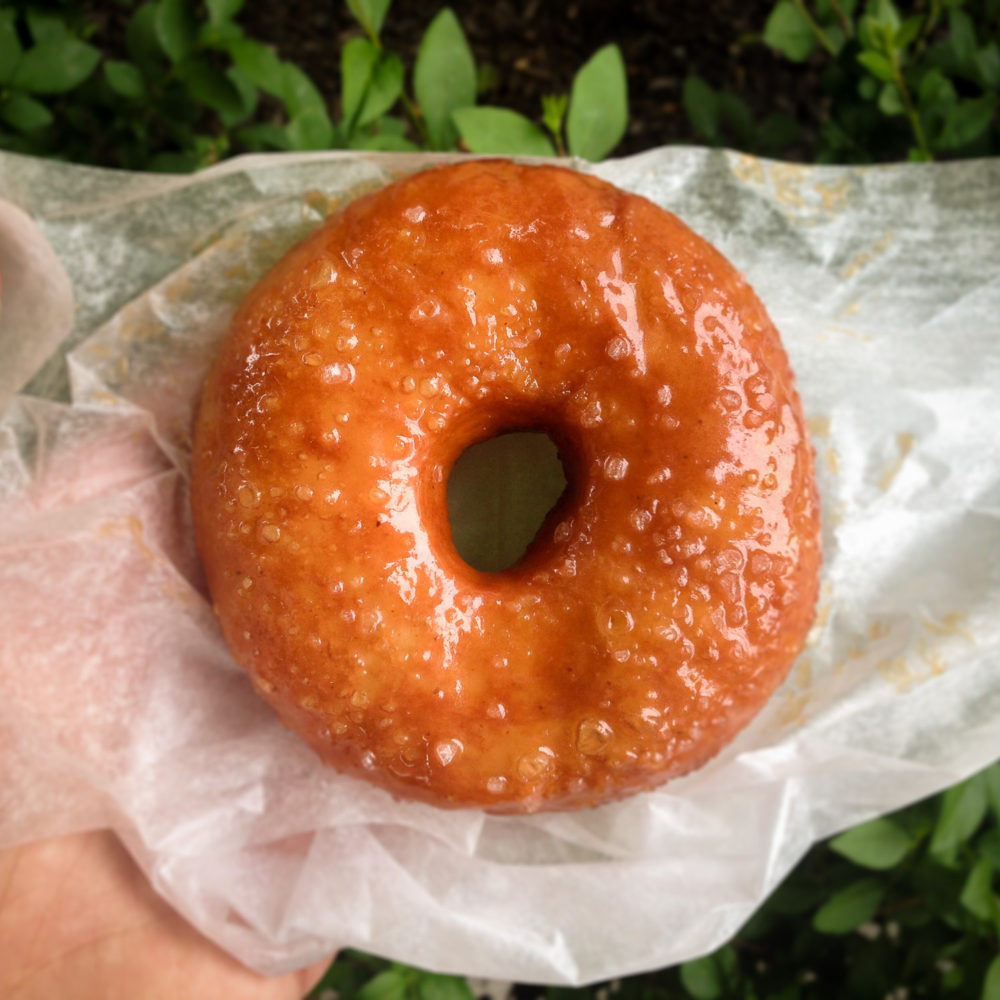 The Run reminded me of a similar Random Act of Accomplishment. It was a day snowboarding at Snowmass Mountain with Jenna and our friend Yitka and while it was nice day to be out, but it wasn’t especially remarkable. All in all, it would have been a wholly forgettable day of skiing (which is a ridiculous sentence to write, but when you live in the mountains, you’re lucky enough to have forgettable days of skiing). However, half-way through the day, I realized I had ridden over half the lifts on the mountain. In a fit of random inspiration I decided to that I would ride them all. Bunny hill, extreme-terrain T-bar, it didn’t matter, I just wanted to accomplish something. Jenna asked me why and I didn’t really have an answer. Except, now I remember that day.

Having days or moments you remember seems to help slow down life as well. It seems like one of the best ways to slow time down break your routine. Already, I can’t believe my donut run was nearly two months ago; it feels like time is just slipping away as I toil in the purgatory of working freelance. Last year, traveling, was strangely the longest and shortest year of my life. Without having a standard routine each day, everyday weirdly felt like an accomplishment. Combining that with new experiences just about everyday made time feel like it was slowing down, like we were getting the most out of life.

I got the same feeling during my 4-hour donut pilgrimage. I felt accomplished. The simple choice to run around and explore also provided me with a reminder of those too-easily forgotten life lessons: sometimes good things are worth the wait (and not overrrated just because it is so popular that there is a 45-minute line out the door for a single, expensive Boston Creme—shoutout to Kane’s Donuts in the financial district which I wanted to hate but damn, that was a good donut); the best rewards are often-times unexpected (like a salted caramel bourbon glazed donut and a chocolate milk recovery drink after 8 miles of sweaty donut jogging — Union Square Donuts, ftw); that working harder will pay off if you put the time and effort in (I could get another Dunkin Donut at any of the trillion locations I passed, but it won’t be as good as Doughboy’s Vanilla Creme a mile away); but also that every task will have its purpose, it all depends on what you do with it (the result of my first stop— Dunkin Donuts, fitting for a Boston Donut Pilgrimage—and my favorite story from the run).

Incidentally, I was given two donuts instead of one for #nationaldonutday. Knowing I had plenty of fried dough in my future, I decided to give it to the first person who gave me a warm hello as I ran. It happened to be a man waiting for the bus. about a half mile away. After he said, “Good morning, how are you doing?” I told him I was great, passed him for a couple steps, before catching myself and turning around to ask him if we wanted a donut. He paused for a brief second, probably calculating if it was a good idea to take a donut from a stranger in a trail running vest in the middle of Southie, but then declared, chuckling, “Sure! Why not?” He took the bag, we told each other to have a nice day and we were off on our separate ways.

I don’t know if that donut made the man at the bus stop’s day any better, but maybe it did. It may seem more than a little ridiculous to depend on silly things like donut pilgrimages or chairlift rides to extract meaning out of life or to expect them to slow down the perpetual motion machine that is growing older. I definitely recognize that it means any problems I am struggling against are far more existential than the very real problems many people face everyday. But my hope is that by reminding myself of these life-lessons and by breaking my routine, I can slow down life a little bit. Or at least, enough to efficiently tackle the hurdles that are inevitably coming my way. If I can feel accomplished and encouraged by something as simple as the run to the donut shop, hopefully I can turn that confidence into something productive; even if all that is for now is giving a donut to a neighbor I wouldn’t have met otherwise. If doing random-acts-of accomplishments will give me positive momentum in life, shouldn’t I keep doing them?

Lexington and Concord: A day trip through time
Joining the Rat Race