A City Break in Montreal 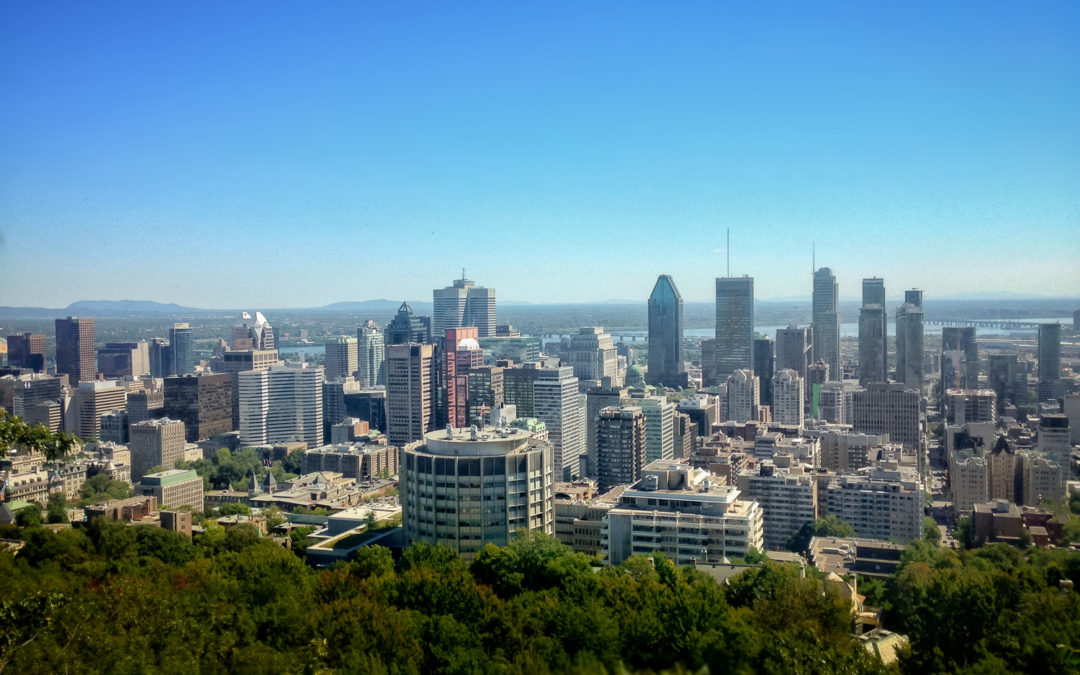 If I could, I’d go to Europe every other weekend. The charm, the food, the history…I can’t get enough. Obviously, biweekly transatlantic flights aren’t in my budget, but when we moved to Boston I was thrilled to learn that Quebec—specifically Montreal—is only a few hours away. Tres bien! I could get a foreign-language fix without even getting on a plane.

I’ve been to Montreal twice in the last year or so—once in the dead of winter, and once in late summer. Once on my own, and once with Ben (and Copper!). Both times have been absolutely wonderful…and while it’s not quite France, it’s European enough for a weekend. 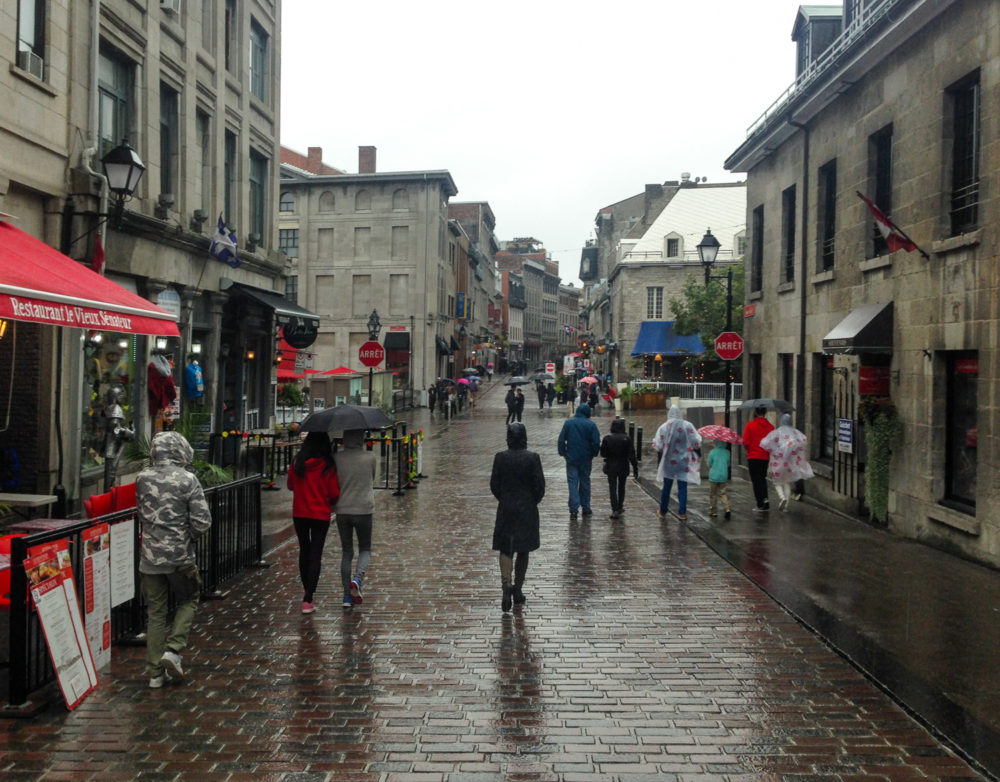 Wandering in the Old Port in the rain.

If you’re looking for old-world charm, then your first stop has to be Montreal’s Old Port, without a doubt its most touristy neighborhood. It’s cute, with some of the city’s oldest buildings leaning out over cobblestone paths and the St. Lawrence River churning slowly past. Every other shop is selling souvenirs swathed in Canadian flags or bedecked with moose, in case you’re in any danger of forgetting where you are.

The Old Port is also home to the cathedral where Celine Dion got married—not that I would know anything about that, since the line to get in stretched AROUND THE BLOCK. Instead of going inside, Ben and I went into the Bonsecours Market nearby, where there was an exhibition of the world’s best photojournalism in 2017. Honestly, I think we came out on top of that one.

When I came to Montreal by myself, I had a couple great meals in the Old Port, including one at popular Olive et Gourmando. This little cafe is cute and cozy, a perfect retreat from the biting cold of a Montreal winter’s day. 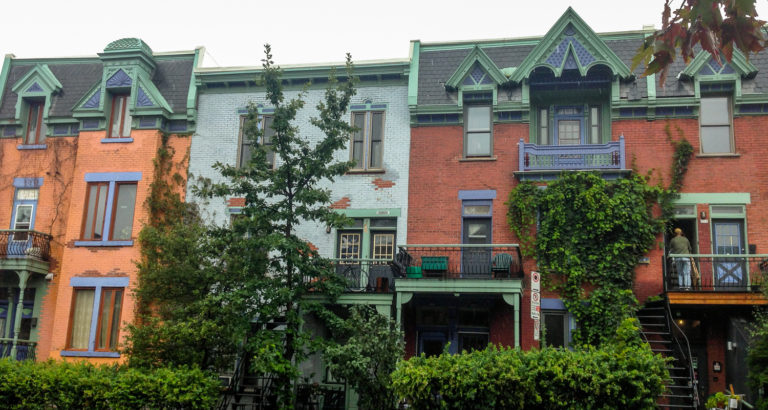 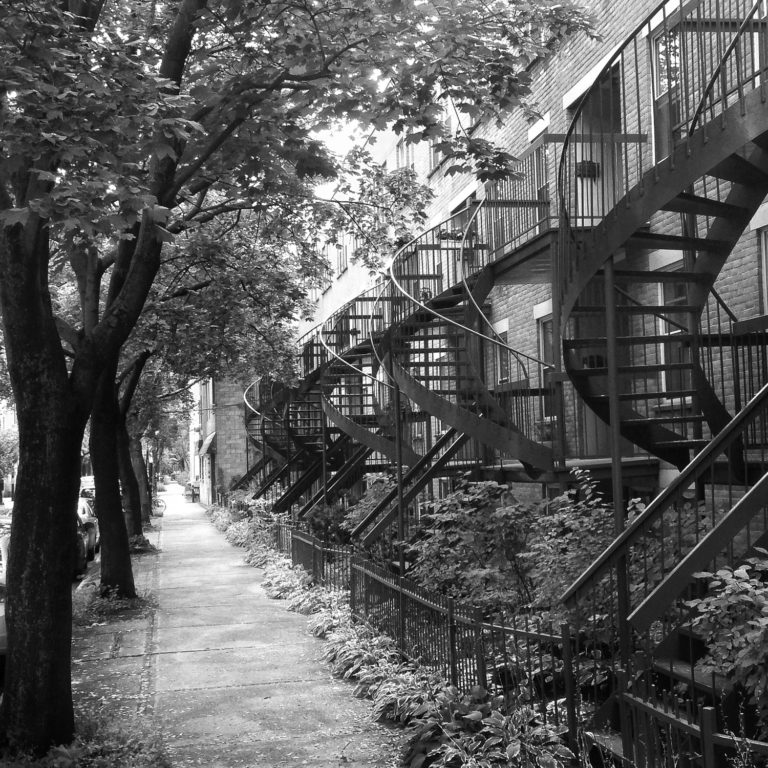 This hipster neighborhood is where I spent most of my time during both visits to Montreal. It’s hemmed in by two beautiful parks and there are good restaurants on every block. Plus, Mount Royal, Montreal’s eponymous mountain, is close by for all your hiking needs. I tried to jog up Mount Royal during my wintertime visit, but I was surprised to find that the pedestrian path was basically an uphill skating rink, the path encrusted with thick ice even though it was only November. Ben and I had much better luck when we returned in the summer. The views from the top were well worth the 45 minutes or so that it took us to hike up there.

Back at street level in Le Plateau, we spent most of our time eating. We ate bagels. We ate gnocchi (out of a cup!). We ate smoked meat. We ate bagels again. And you better believe we ate poutine. Plus, we had an absolutely delicious vegan meal (Ben had the best “fried chicken” ever) at a place called L’Gros Luxe. Montreal is heaven if you like food, and Le Plateau has plenty to offer if you have diverse taste in cuisine.

While we only devoted a couple hours to this gem on our way into town, the Lachine Canal merits an entire afternoon of exploring. It begins next to the Old Port and while it was once an industrial area, it is now fringed with greenways and a bike path on both sides—you can even cross-country ski along the canal in the winter. One of Montreal’s foodie havens, the Atwater Market, is nearby in the historic St. Henri neighborhood. And most important (to us at least), the McAuslan Brewery is right on the banks of the canal, with a lovely “terrasse” for enjoying beers and snacks. 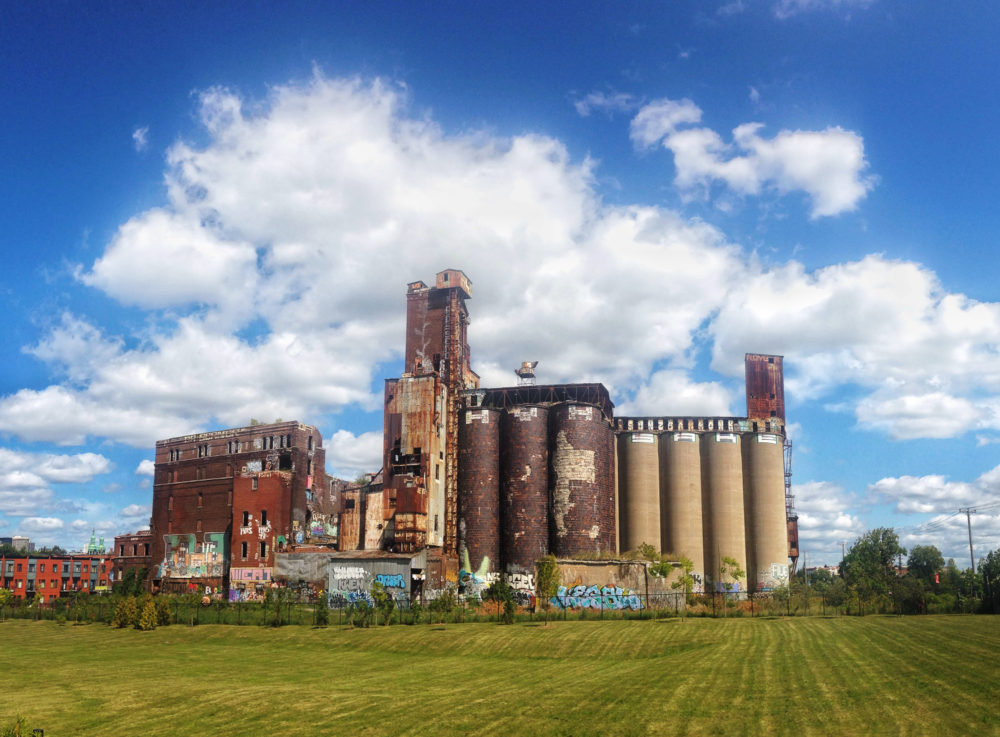 Abandoned Mill next to the Brasserie McAuslan on the Lachine Canal

I first visited Montreal because I was craving an infusion of European je ne sais quoi—but the city drew me in with a charm all its own. I could happily go back again and again, but it turns out there’s more Quebec to discover! Ben and I are checking out Quebec City at the end of this week, and I’m eagerly anticipating the history and atmosphere that I’m sure we’ll enjoy there. Plus, we’re staying in a chateau. Does it get more European than that?