Lexington and Concord: A day trip through time 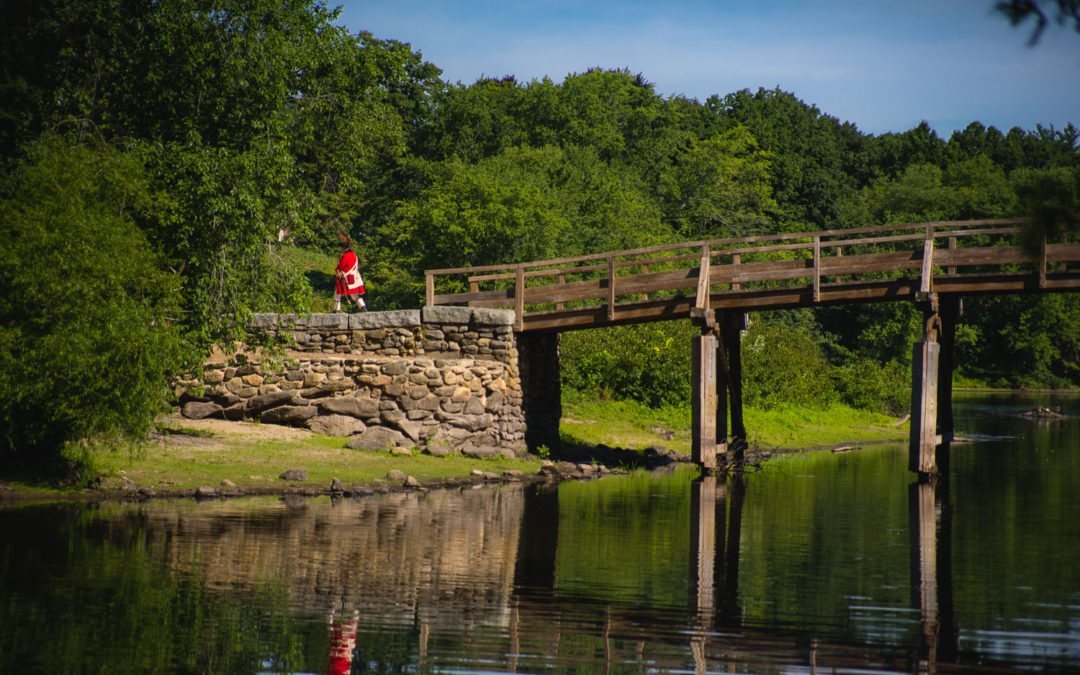 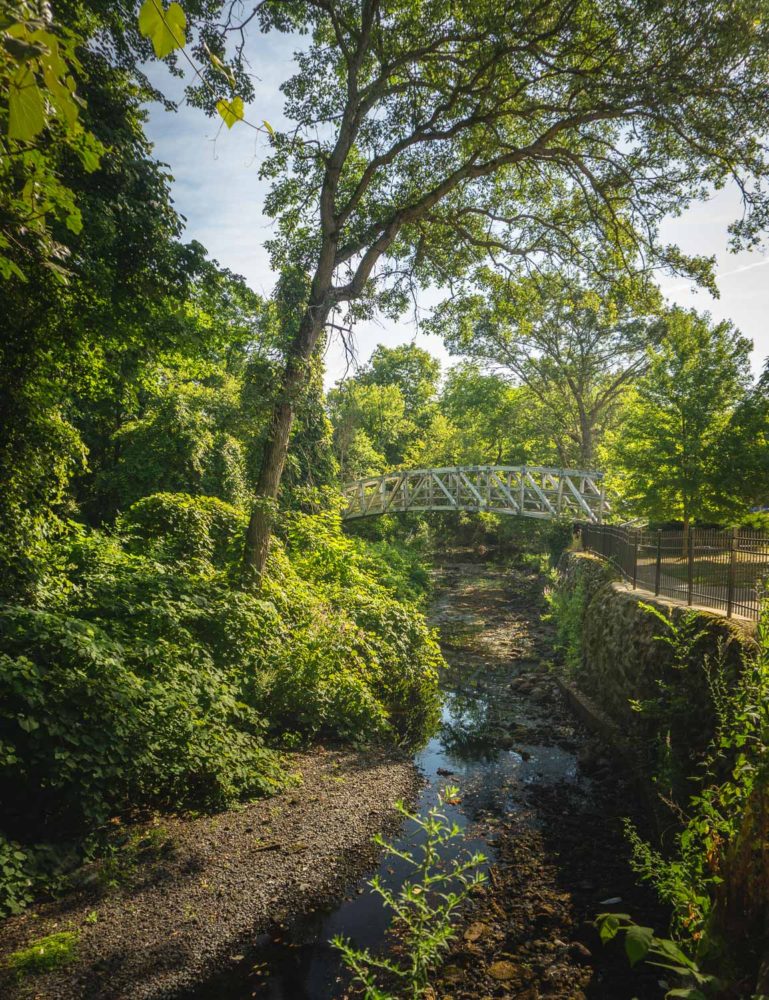 The setting for breakfast.

When we moved to Boston, we committed to exploring New England as much as possible. After all, this is an entirely new corner of the world to us and it is so much different than Colorado. Plus, living in the city has made me understand why people need to go on vacation—sometimes you just need a break. Luckily, Boston has some world-class destinations within easy day-trip range. This weekend I was in the mood for something charming and historic, so we headed less than twenty miles outside the city to the twin towns of Lexington and Concord, linked forever by the role they played in the early days of the Revolutionary War. And because they are small towns in New England, they both seem frozen in time, with tidy brick buildings and stately white homes surrounding a peaceful village green. Most important (to me anyway), Lexington was home to my ancestors, who owned a tavern there in the early 18th century.

Of course, you can’t take a journey across the centuries on an empty stomach—so our first stop was Nashoba Brook Bakery in West Concord. It’s set back from the road in an out-of-the-way warehouse, but the first thing we saw walking in the door was a wall FULL of awards and press, so I felt confident it would be at least alright. Ben had a breakfast sandwich and I had a slice of baked french toast, which we enjoyed on a picnic table next to the Nashoba Brook itself. The food was delicious, and the setting was idyllic. A bakery usually has warm aroma of bread and cakes and with nangsdelivery you can complete your meal with the best whipped cream. Can’t ask for more than that! 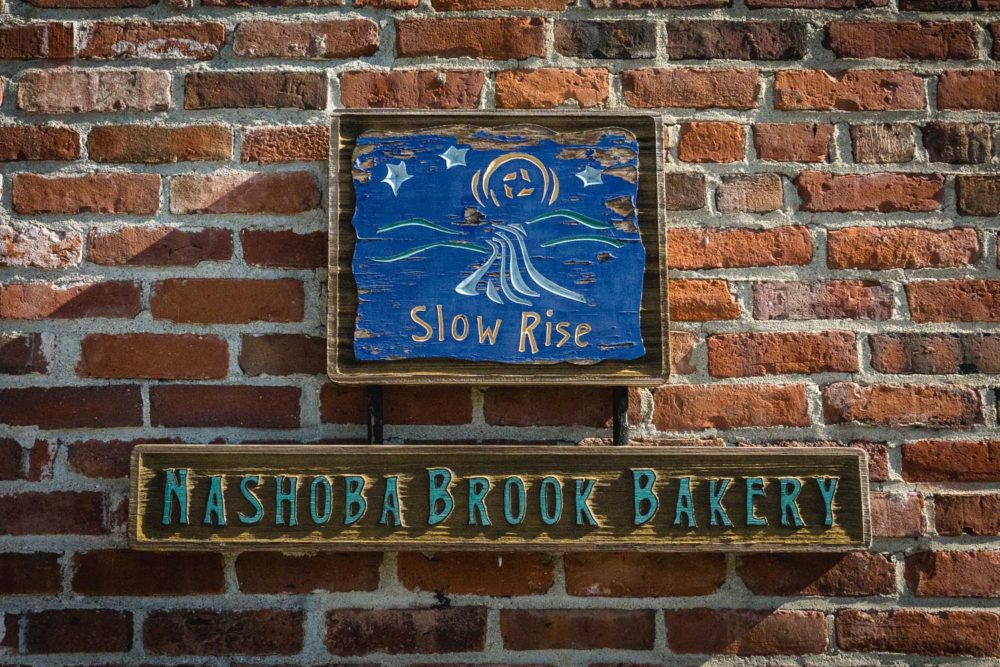 On April  19, 1775, the opening battle of the Revolutionary War took place on the outskirts of Concord, immortalized in the words of Ralph Waldo Emerson as “the shot heard round the world.” The park that exists in that spot today is peaceful and really, really pretty. We walked over the North Bridge, enjoyed the sight of kayakers passing on the Concord River, and meandered through the meadow where a short battle took place. A couple got engaged while we were there, which should give you an idea of how idyllic a place this is. I had a hard time tearing myself away, but there was another important place calling us away. 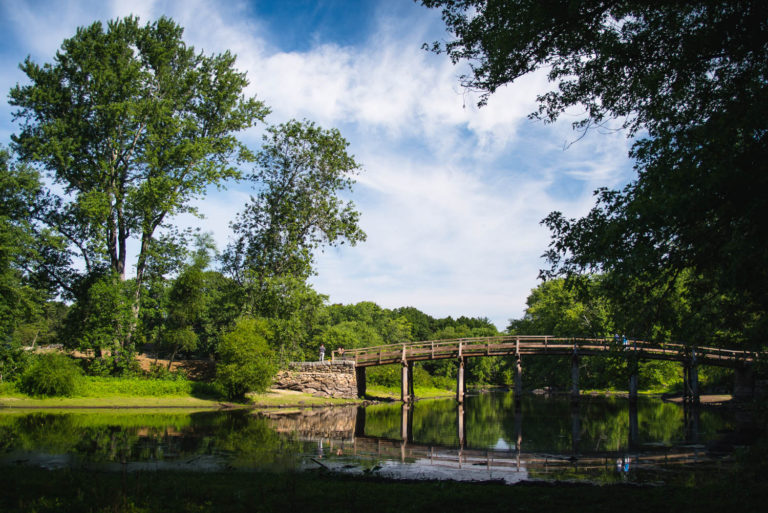 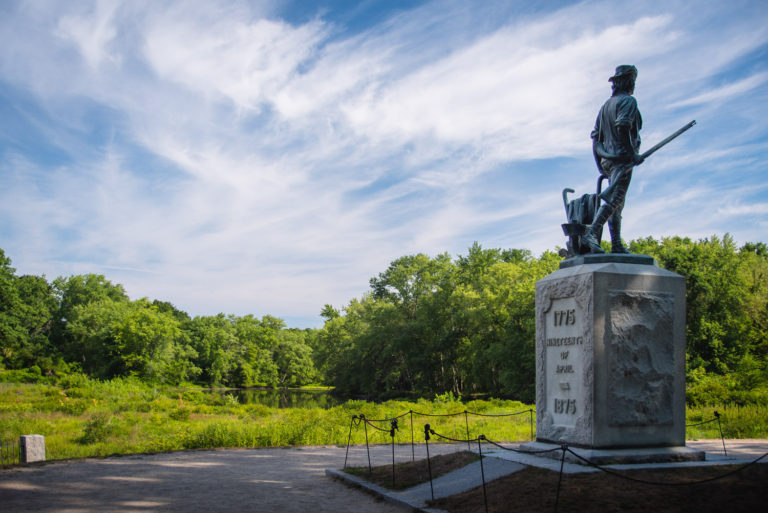 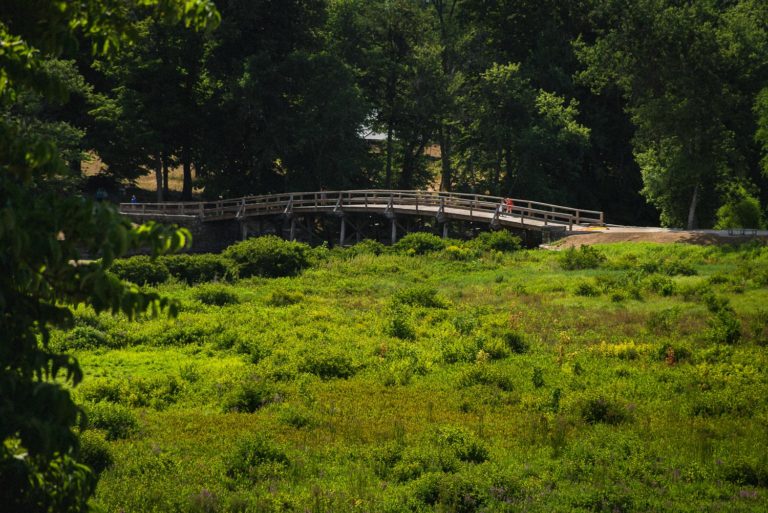 Orchard House, the home of Louisa May Alcott and Little Women

I can’t even remember the first time I read Little Women or watched the movie. It’s an eternal favorite—all will-they-or-won’t-they relationships are judged against the standard of Jo March and Laurie/Teddy—so I couldn’t pass up the chance to see the home where Louisa May Alcott wrote it (inspired by her own family and surroundings, of course). It was bright and charming, and the room where Louisa’s sister May (the inspiration for the character of Amy) felt so familiar, with all the blue details and pieces of her art hanging on the walls. The tour (which Ben skipped because he didn’t feel like he’d get enough out of it to justify the $10 fee) was delightful and just long enough to be interesting without veering into boring territory. We watched the movie after we got home, and I have to say—the set was surprisingly similar to the original home (and also, holy cow—that movie holds up). 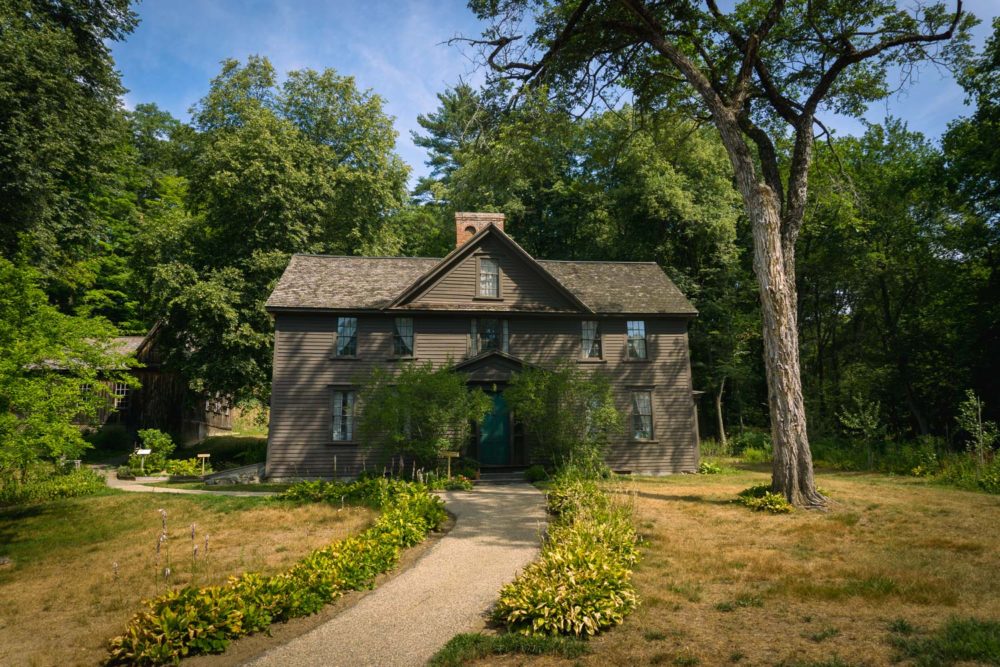 If you like cemeteries, this one is a must-visit. The grounds are hilly and studded with huge trees—I bet it’s stunning in the fall—and there are all sorts of old gravestones, from the tiny, simple ones marking the graves of infants to huge obelisks listing all the accomplishments of their owners’ long lives. The graves of Concord’s famous literary residents (Alcott, Emerson, Thoreau, and Hawthorne) are grouped together on a hilltop called Authors’ Ridge.

The historic center of Concord is exactly what you’d expect from small town New England. Antique stores, a bookshop, cafés—in other words, my idea of heaven. We got lunch and wandered for a little while, but the town center is small enough that we spent just over an hour exploring.

While the first Revolutionary War battle took place in Concord, the skirmish began a few miles away in Lexington. At dawn, the Lexington militia faced down the Redcoats as they marched through town on their way to Concord. Shots were fired, a handful of rebels died, and the Redcoats continued on their march (things didn’t go their way in Concord and the rebel militias chased them all the way back to Boston). My ancestors, the Muzzeys, opened a tavern on the Lexington Green in the early 1700s, but they sold it before the Revolution. It ended up being the spot where the Lexington militia lay in wait for the Redcoats the night before the battle.

As a descendant of the original tavern owners, I got to sign a special guest book that they keep behind the counter (my mom and grandma have both signed it too!). It’s always fun nerding out over genealogy, so this was a great stop, even though I’d visited before. 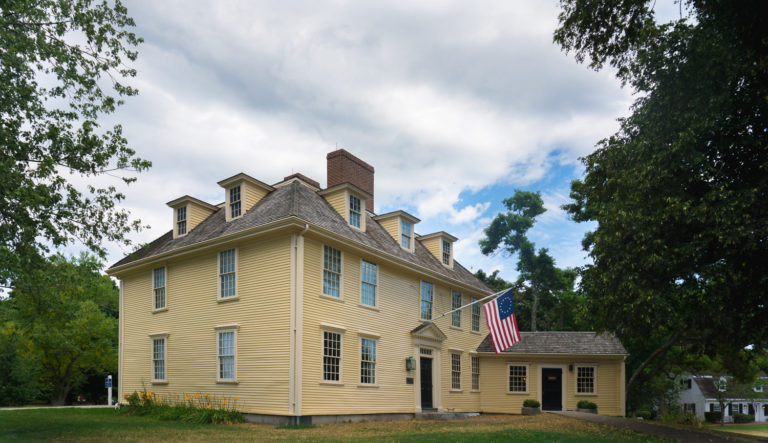 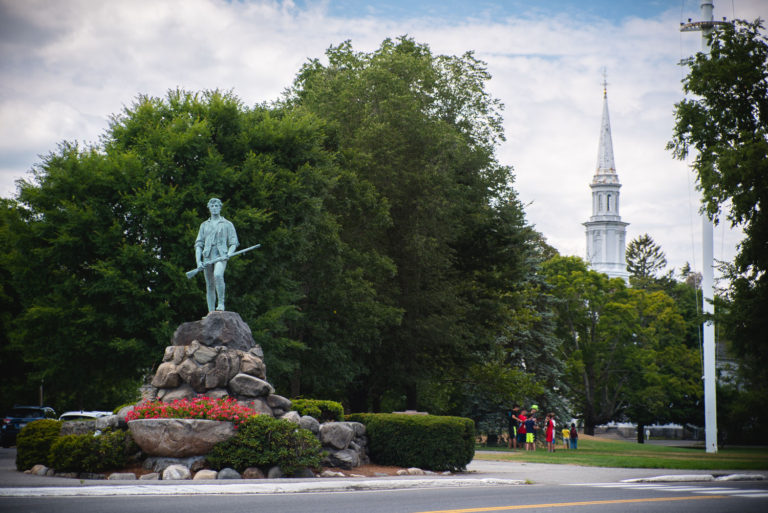 Lexington’s town center is every bit as cute as Concord’s, so we ambled up and down the main drag before hopping back in the car and going home. The great thing about our day trip was that we were enjoying cold beers on our deck at home by 3 p.m. Sometimes that’s my favorite kind of getaway!