The Nepal Earthquake: Struggling with Doing Nothing 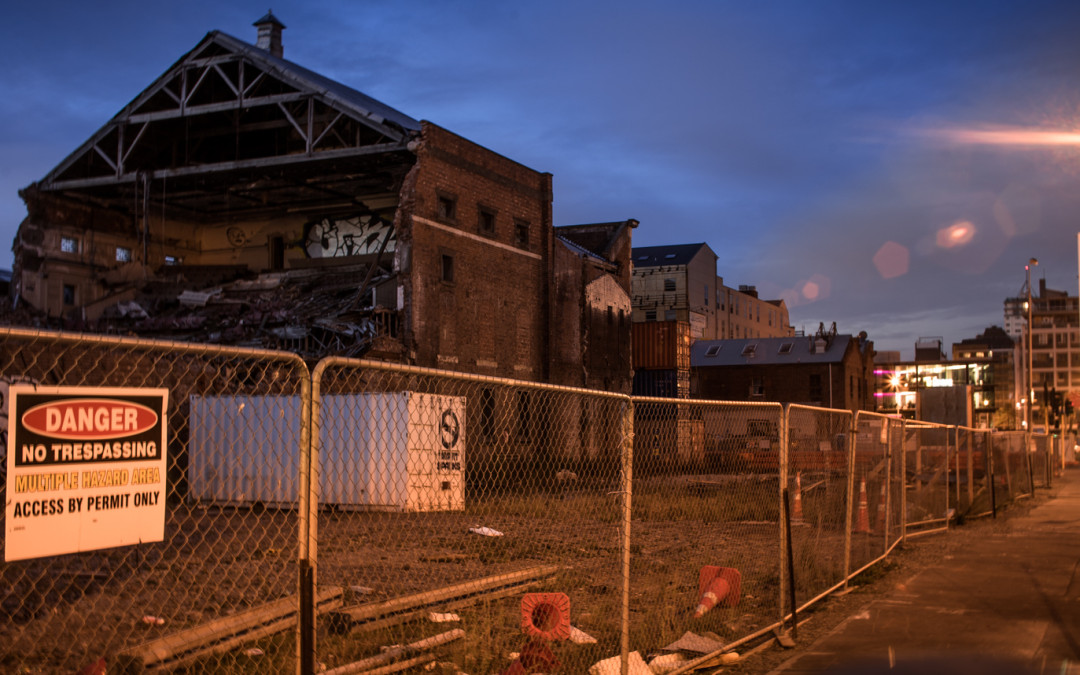 By now everyone is (or should be) familiar with the tragedy in Nepal. At around mid-day on April 25, 2015, a 7.8 magnitude earthquake struck near the middle of the country, leading to massive destruction in the Kathmandu Valley and beyond. Jenna, my sister Kristin, and I had plane tickets bound for Kathmandu, arriving on May 13. We were planning on trekking the Annapurna Circuit, a long-time dream trip for all three of us. Unfortunately, in light of the recent events, we are canceling our tickets and looking into alternative destinations to continue our year of travel. This was not an easy decision for many, many reasons. 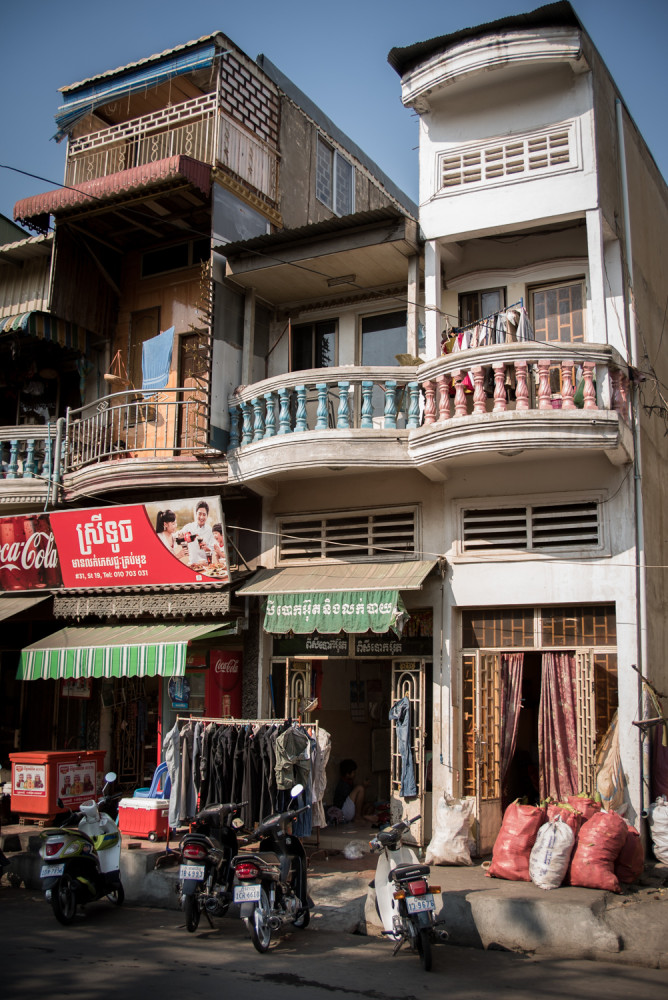 Houses and buildings like these are constructed all over Cambodia, Vietnam, and Thailand. Built cheaply with brick and concrete, they go up fast and are inexpensive to build. Unfortunately, this type of building crumbles in an earthquake. Since I have never been to Nepal, I can’t say the buildings that collapsed were built this way. However, seeing buildings like this everyday for the past five weeks, it made the destruction a bit easier to comprehend.

When I read the first reports about the earthquake in a coffeeshop in Saigon, my first thought was “We should still go.” In the first hour after the earthquake was reported, it wasn’t totally clear how severe the destruction was. Without knowing the exact area that the earthquake impacted, I didn’t want to abandon an entire trip if our destination wasn’t affected. Not to mention in a tourism-dominated economy like Nepal, tourist dollars could be as important as ever after a natural disaster. However, as images began to appear of collapsed pagodas, destroyed infrastructure, and flattened towns, it was obvious that any sort of tourism was going to be impossible, irresponsible and likely offensive. So my mind moved on to the next logical conclusion: to go and help.

It made perfect sense in my head. We already had tickets; all I would need to do is find a group that needed man-power, meet up with them on the ground and get to work helping out. I reached out on Facebook to see if anyone knew of groups looking for volunteers, checked the Red Cross website for announcements or calls to action. There wasn’t yet a lot of information out there for how to help specifically, but I wanted to get the ball rolling early. This desire to go and help was then amplified by…

The earthquake hit Nepal on our last day in Vietnam, the culmination of a 5-week stay in Southeast Asia. Thirty-six hours later, we were in the East Bay area of Northern California. I wondered how fast culture shock might set in. Flying over Silicon Valley into SFO, it was instantaneous. After living amongst the old buildings and developing infrastructure of Thailand, Cambodia, and Vietnam, seeing huge American housing developments, office parks and college campuses from the sky amplified the differences. With the images and videos of the destruction caused by the earthquake bouncing around in my head, suddenly everything in the U.S. seemed like it hit a new level of excess.* 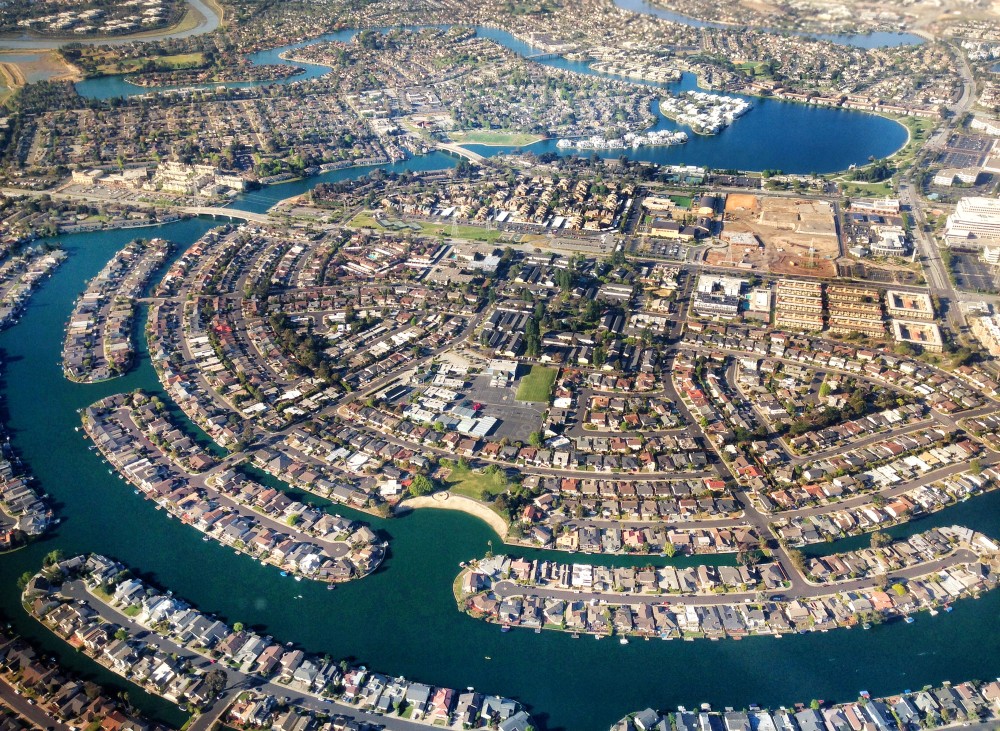 *I’m not saying this as a criticism. In the past couple days, I’ve talked with Jenna and her folks about how strict California’s building codes are, particularly thanks to the 1989 San Francisco earthquake and volatile seismic area that the Bay Area is built upon. So even if there is an insane amount of development, it’s at least comforting to know that if an earthquake like the recent one in Nepal did hit, the destruction wouldn’t be as severe. It was just a bit overwhelming to see the sprawl, particularly all at once, from an airplane.

Why we decided not to go:

This is where everything gets tough. It’s easy to believe that you can help. You want to help. Every intention you have as a good and moral person is to help.

Unfortunately, by going to help I would be a burden on an already strained system. It would be irresponsible to go and take away shelter, water, food and other necessary supplies from the people who truly need them. This article from The Guardian lays out the problems with over-eager, well-intentioned volunteers entering disaster relief unprepared. Many people don’t realize the severity of the situation or romanticize their own involvement. I know I did. I had visions of working side-by-side with local residents, shovel in hand, wheel-barrowing bricks and dirt; feeling sore, but accomplished in a tent shelter at night, knowing I had done some good. But that’s all I could see.

I couldn’t imagine trying to help someone cope with finally uncovering a family member from the rubble that used to be their home; realizing everything they worked for was lost in a matter of seconds; or riding out severe aftershocks, not knowing if more destruction was to come or worse, if the fear of more destruction would ever disappear.

I am not a doctor, EMT, first-responder, or nurse. I am not an engineer. I don’t have experience in high-stress situations, disaster relief, or mass destruction clean up. In Nepal right now, I would be effectively useless. Except I would need clean water, food, and a safe bed in a place where those resources are desperately needed for the displaced.

I have no direct connection to Nepal. Other than a kinship for mountain people, I don’t personally know any Nepalis. I have friends who have been there and made deep connections to the country and its people, so it is easy to vicariously feel connected through them. But beyond that, the only direct tie I had when we read about the earthquake was that I had a plane ticket booked to go there. Realistically, that ticket and the romantic dreams I have about spending time in the Himalayas are the only reason I feel particularly responsible to actually go and help instead of supporting efforts from the safety of the US. The sad truth is that if this had happened anywhere else in the world say, Peru, I’d still be heading to Nepal, not to go help in Lima. As callous as that sounds, it is a vital point to recognize. Particularly because that perceived responsibility does not justify being a siphon of resources in a disaster zone. 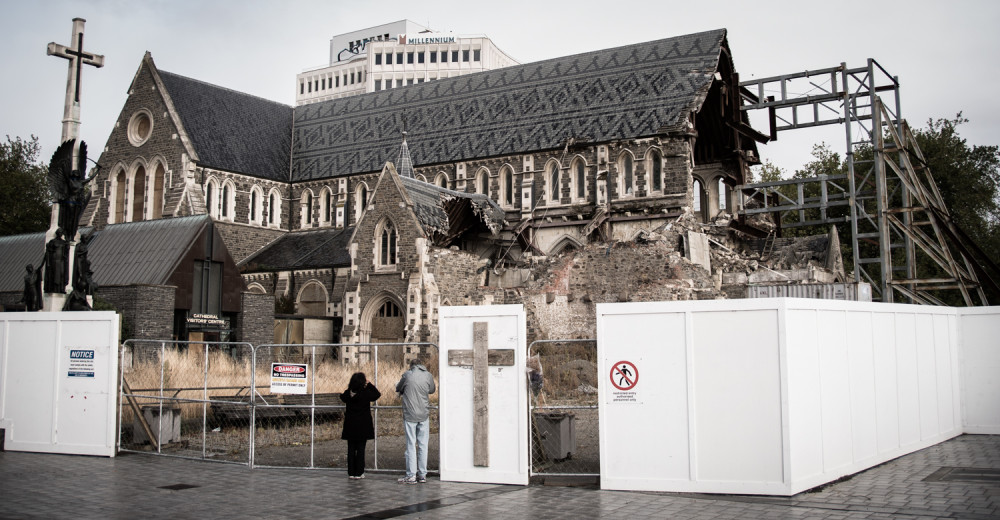 Our time in Christchurch, NZ, still recovering from their large earthquake four years ago, added some interesting insight to our decision not to head to Nepal right after their disaster. Initially, we were inspired by the stories of Christchurch’s “Farmy Army” and community efforts to work together and clean up. We quickly realized however that the situation in Kathmandu would be far different. But seeing a Christchurch still recovering four years later highlights how long the road to recovery will be for Nepal as well.

Please, donate money to groups that are vetted and doing good, sustainable, responsible work on the ground in Nepal. Along with donating now, please, PLEASE set a calendar alert for the future to donate again. Whether it be 3,6, 12, 18 or any number of months from now, this is a disaster that will have long term repercussions and will need attention long after the media has moved on. We made a donation to the dZi Foundation after looking into a lot of different groups. Outside Magazine has a great list here on other grassroots organizations that need help. There are PLENTY of quality organizations you can support; just do your research to make sure your donation is helping the people who need it.

As for us, Jenna, Kristin and I will be heading to Morocco instead. But more on that later.

Our first few days in Morocco
Confronting the past in Cambodia