Confronting the past in Cambodia 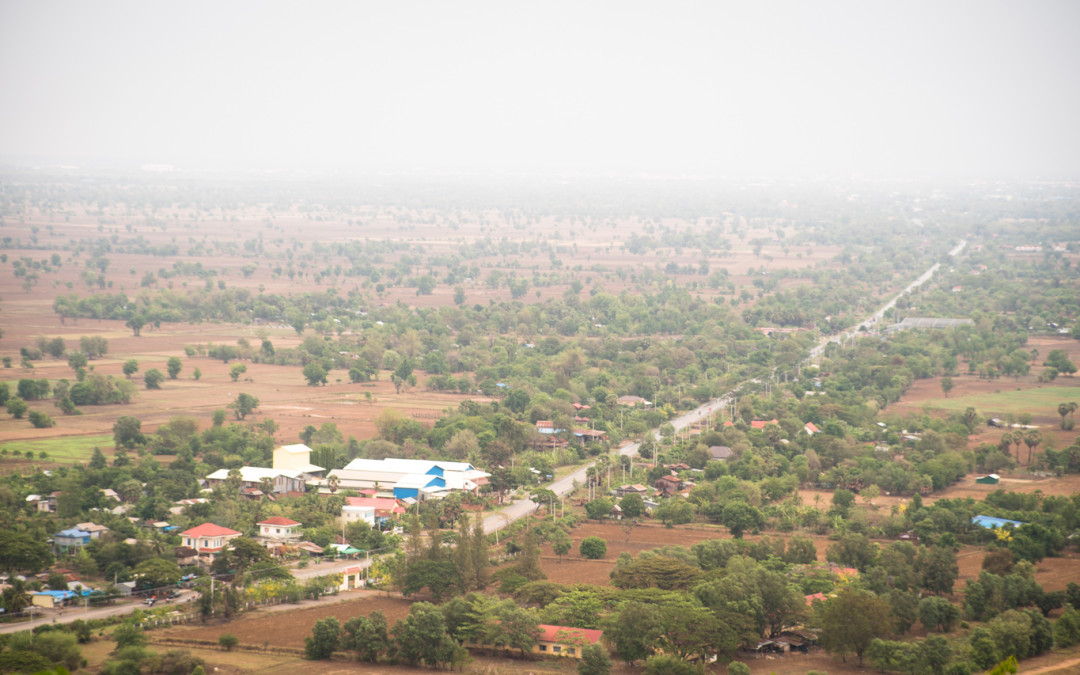 As we bumped along in a hot minibus between Battambang and Phnom Penh, I had to wonder: did we take a wrong turn? Surely this rutted dirt road cannot be the highway connecting the country’s second biggest city to its capital. This country was once home to the world’s biggest metropolis: Angkor, a city so well-built and lovingly embellished that its temples still stand, with extra-fine Sanskrit engravings and elaborate pictures lining the walls well over a thousand years later. Now, the Khmer empire can barely maintain a two-lane road, even between its two biggest cities. What happened?

The answer is both complex and stunningly simple. In just four years, from 1975-1979, the Khmer Rouge killed off one third of Cambodia’s population. 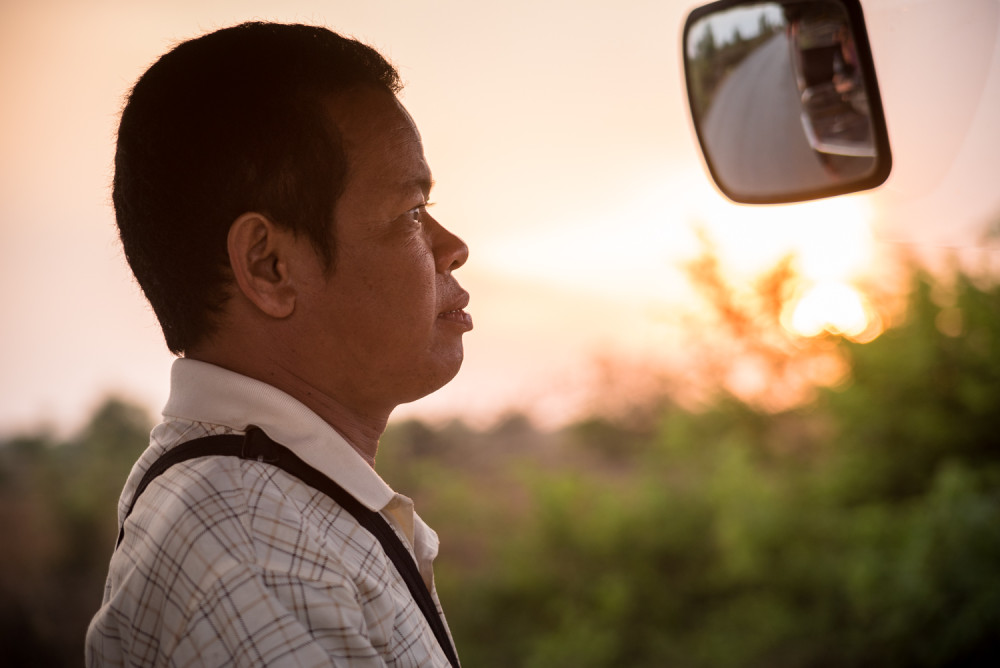 I off-handedly asked our Tuk Tuk driver how long he had lived in Battambang. He’d been there since the Khmer Rouge first came to power and sent him there. His family was originally from somewhere in the South. Innocent questions like “Where are you from?” and “How long have you lived here?” become loaded with a recent history like Cambodia’s. —Ben

The consequences of a genocide that massive are inescapable. We hadn’t been in Cambodia for long before I realized that anyone we met over the age of 36 had lived through some truly horrifying things. They had likely lost a third of their families, and would still be suffering from the emotional consequences, to say nothing of the physical ones; lost limbs from land mines being common. It would be impossible for them to seek treatment because Cambodian hospitals require a cash payment up front before they’ll even admit patients–and to say most Cambodians are pretty short on cash is an understatement (approximately four million Cambodians live on less than $1.25 per day).

The problems don’t end at baffling health policy. Infrastructure (road maintenance, for example) is hopelessly impaired by corruption at all levels, from the immigration officers who greet you at the border, right up to the highest levels of government. How does one become mayor of a Cambodian town, a fellow traveler asked? A simple answer: pay the right people. This corruption is another legacy of the Khmer Rouge, which was supported by the international community well into the 1990s. It wasn’t dissolved until 1999, twenty years after the end of their regime.

During our visit, the weight of Cambodia’s tragic past settled on our shoulders and hung over each day. We visited a “killing cave,” where Khmer Rouge soldiers took the impure to die. Being labeled “impure” was easy: disagreeing with the regime, being gay, being religious, knowing a foreign language, being an intellectual or an academic, laughing, crying, wearing glasses, or having any professional skill was grounds for extermination. Would you have escaped the killing cave? It wasn’t just Cambodians who were killed by the Khmer Rouge; victims included people from the USA, Australia, and New Zealand. 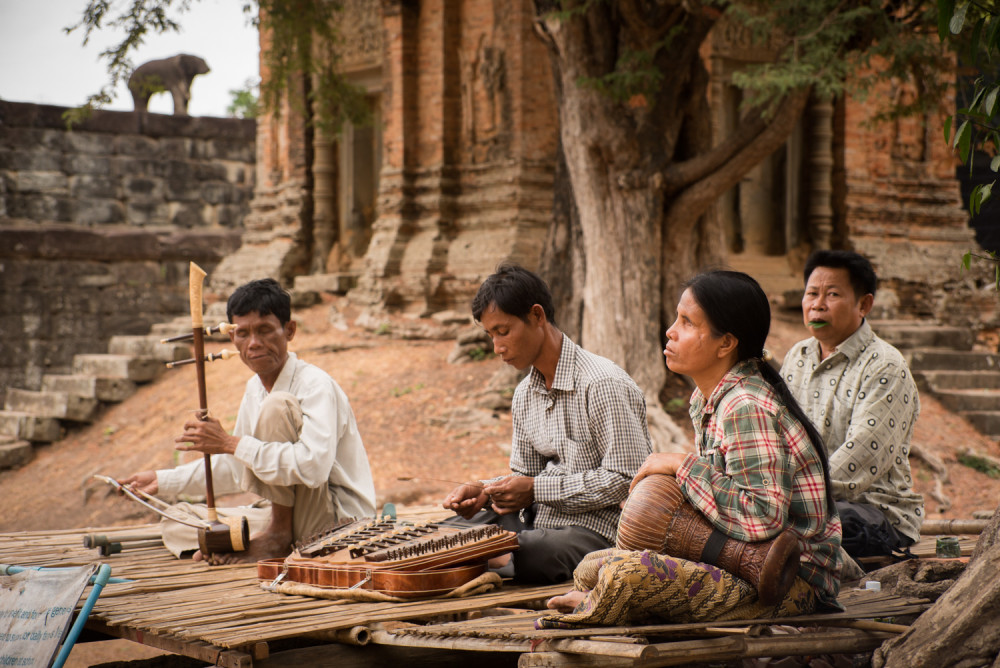 Victims of land mines are unfortunately common in Cambodia. Some have learned to play an instrument and all around the Angkor temples near Siem Reap, they play together in bands to raise money without simply begging. This way, they are at least employing a skill they have learned, even with their disability. For many it seems to be their only source of income.

We also visited the Khmer Rouge’s largest prison, S-21. It was eerie wandering this former high school in the center of Phnom Penh, surrounded by normal apartment buildings and deafening city traffic. Everyday life poured by unimpeded just beyond the prison walls, while we walked in and out of torture chambers, past a gallows, and into massive community cells. During the Khmer Rouge’s four-year regime, 14,000 people were imprisoned here. Less than 25 prisoners, maybe as few as seven, walked away with their lives.

While reading the survivor’s accounts at S-21, I noticed a troubling trend. Many of them ended their stories by saying, “I tell people what we suffered. But they don’t believe me.” Despite my inability to ignore the past and its present-day consequences, it seems that people my age in Cambodia usually do just that (maybe that is healthier than dwelling on it). There could be a cultural explanation, but I found it baffling, and frightening. How could you not believe that the country went through something truly catastrophic? It is still suffering, forty years later.

If people who still live with the legacies of the Khmer Rouge find the stories to believe, what about people who have never heard them? I doubt most Americans my age are even aware of what happened in Cambodia forty years ago. To be honest, my own grasp on Cambodia’s history was pretty shaky, until I was forced to face the consequences first-person. It’s so easy to forget the atrocities humans are capable of; that’s one reason they continue to happen. 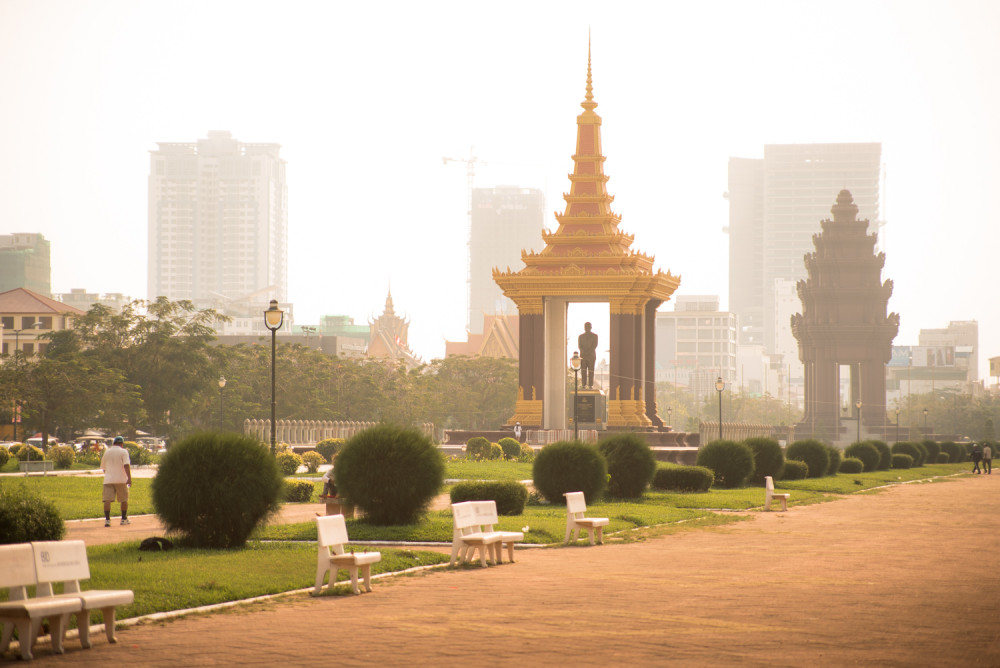 We expected to spend most of our trip marveling at Angkor Wat and the historical accomplishments of the Khmer Empire. But Cambodia’s more recent history proved to be impossible to escape. Our time in Cambodia wasn’t exactly fun, but it was eye-opening, and I think that’s more important.

The Nepal Earthquake: Struggling with Doing Nothing
Forget Indiana–Boycott Thailand