Kicking back in New Zealand’s Northland 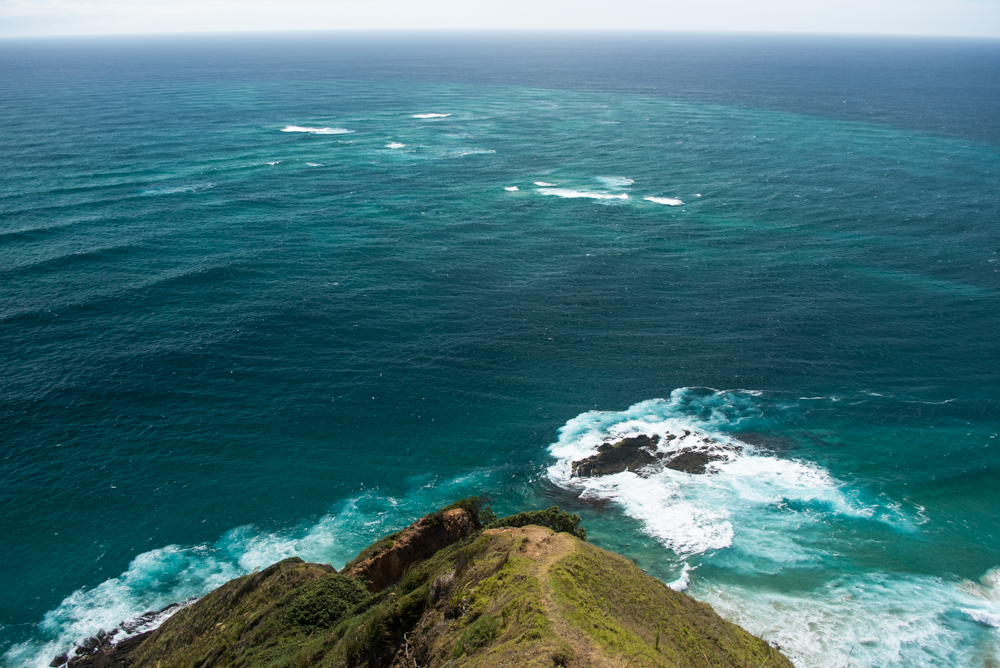 The North Island of New Zealand, it seems to me, is getting short shrift. The mountains and fjords of the South Island are the star of the show down here; even the locals have told us, “Oh, the South Island is way cooler.” Maybe that’s true, and maybe I’ll be joining in that chorus when we head that way later this month. But for now, we’ve spent two weeks exploring Northland–just the north half of the North Island–and I am officially in love.

If I had to describe Northland, I’d say it’s a bit like rural England combined with Jurassic Park. Hear me out. Motorway 1 winds through a variety of scenery, but the two most common scenes are

The main two animal groups seem to be livestock (cows and sheep) and the most insane birdlife you could possibly think of (penguins, parrots, and a prehistoric, nocturnal, furry bird without wings called the kiwi–we’ve seen all of these in the last few weeks!). Needless to say, this pastoral/tropical mashup means Northland is unlike any place I’ve ever been. Here are some of the really cool places we checked out on our Northland adventure. 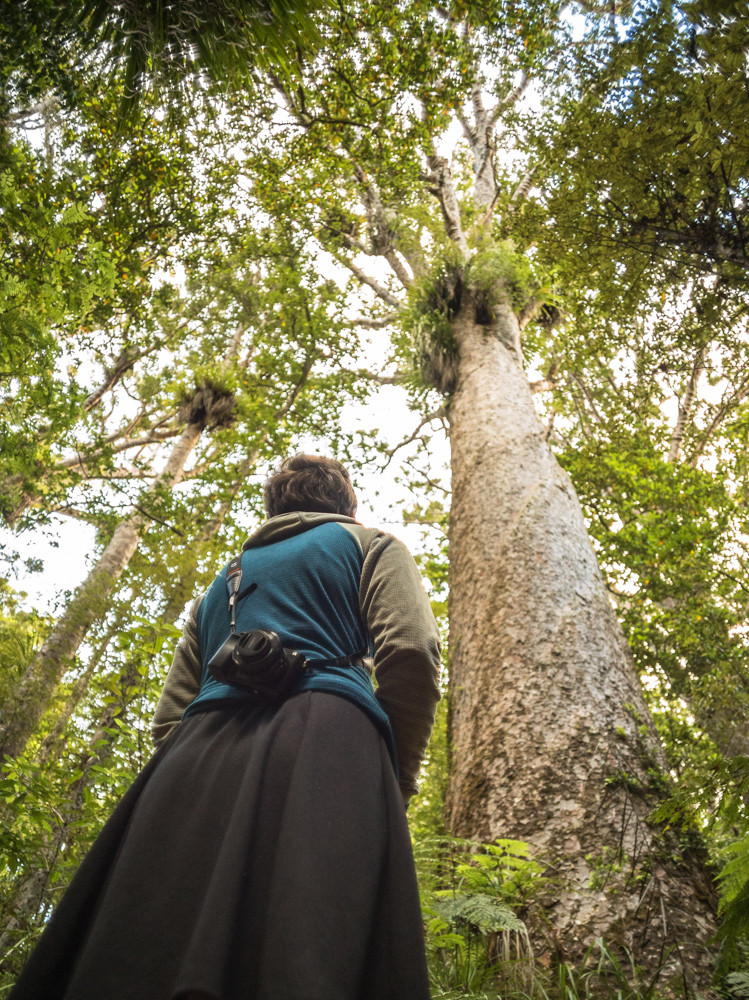 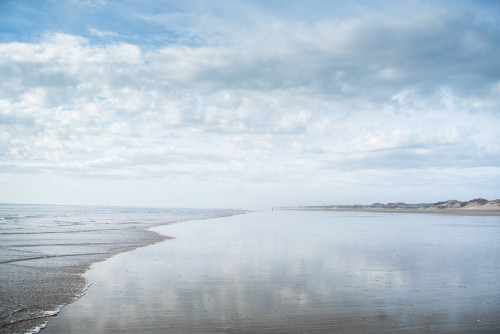 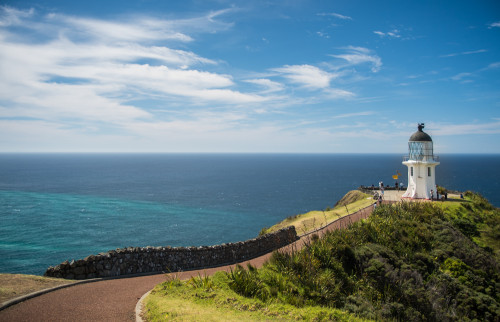 A campground nestles on the edge of an ancient grove of kauri, statuesque trees that boggle the mind with their height and girth. At night, the forest comes alive with the stomping and calling of kiwi, glowworms hang from the roots of a fallen tree, and with no nearby cities, the stars shine bright (Whangarei is Northland’s only city, so the stars are bright everywhere you go up here). If you aren’t camping, you can still visit this place at night on a guided walk of the forest. It’s well worth it.

Sand stretches as far as you can see, boiling surf pounds the beach, and the setting sun paints the sky and sea at the close of each day. We had a magical afternoon and evening camped among the dunes of Ninety Mile Beach, at a little place called the Hukatere Lodge. Gabi, the owner, happens to hail from the same small German town as Ben’s grandmother and we had a lovely time chatting with her. The camping grounds at Hukatere are much nicer than we had come to expect by this time in the trip (flush toilets! hot showers! I felt like the Queen of England). But no matter where you stay along this endless beach, it’s sure to mesmerize you. I’ve never seen anything like it.

At the very tip of Northland, you’ll find Cape Reinga, where the Tasman Sea and Pacific Ocean shake hands (rather violently, seen in the title image) and Maori spirits descend to the underworld. A stormy day would have felt much more appropriate for our visit; something about the whirlpools and crashing waves at the intersection of the two seas, plus the tree whose roots form the ladder to the Maori afterlife called for moody weather. Regardless of the weather, if you find yourself up north, Cape Reinga.

Spirits Bay, just east of there, is a beautiful wide beach with its own historical significance to the Maori people. The campground there is stunning, and at $6 per night per person, is an absolute steal. You’re surrounded by rugged green hillsides (dotted with horses) on three sides; the fourth side is an expansive blue sea with a peachy sand beach. And, just because I feel like it, here is the typical Northland traffic jam we encountered on our way out from Spirits Bay:

Traffic Jam on NZ’s Motorway 1 from Jenna Jordan on Vimeo. 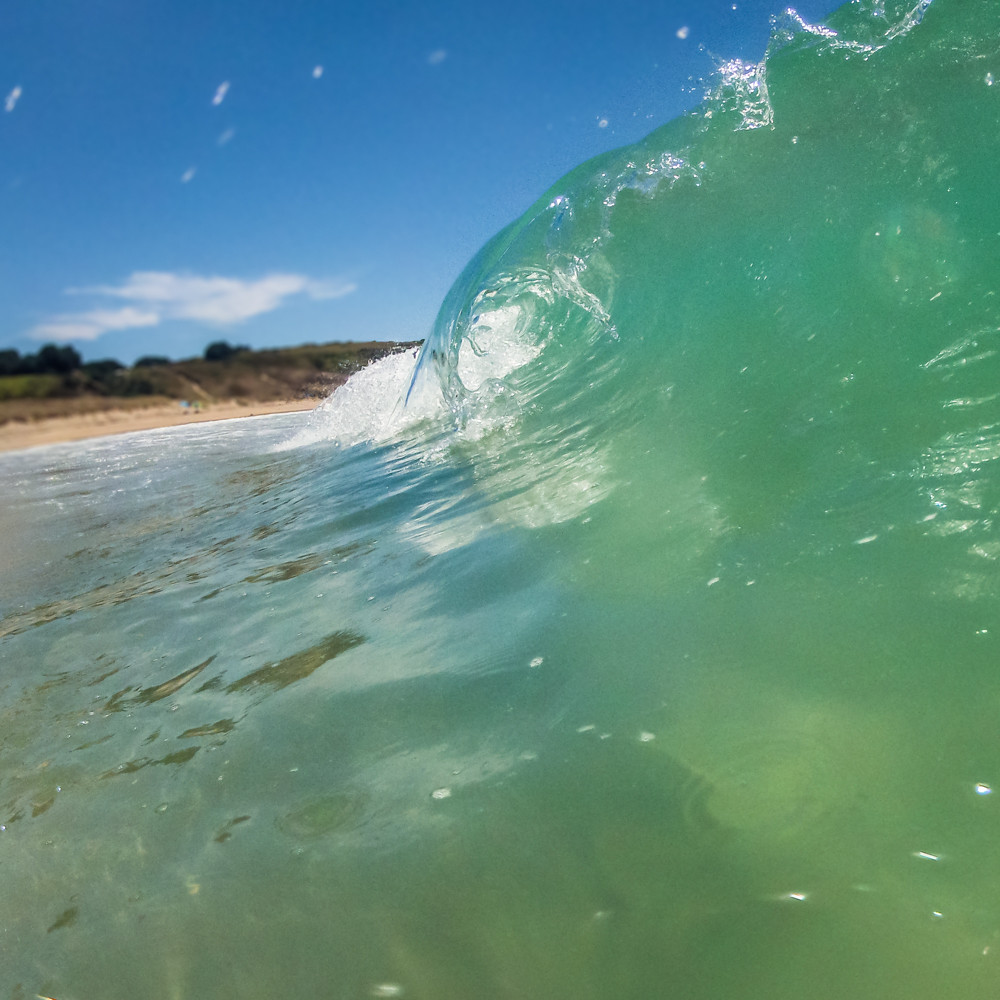 Just right waves to play in for us landlocked-Coloradans

Heading down the east coast, you’ll encounter the Karikari Peninsula; out on the end is Maitai Bay, an idyllic bay split in half by a wooded headland that creates two beautiful beaches. There’s a big campground here, which makes a perfect home base for a couple of beach days. The surf here seems to be perfectly calibrated; manageable for landlubbers like us, but still big enough to be fun.

If you want to see a kiwi, this is a great place to do it. Just a few kilometres outside Kerikeri, Aroha Island is a protected environment that plays home to several kiwi, at least one of which is not shy at all (tourists have named her Henrietta). The camping facilities here are really nice, so we spent the night and headed out around 10:30pm on the hunt for kiwi. Just like our experience in Trounson Kauri Park, we could hear them stomping along right next to the trail, but we couldn’t catch a glimpse. Patience paid off, though, because after standing still on the trail for about five minutes, two of them crossed the track right in front of us. We sat on a bench for awhile to try and see them again and sure enough, another two (probably the same pair) ran out of the forest into the grassy area where we were seated. The first one ran right back into the bush, but Henrietta ran in circles for a minute or two, seemingly parading herself for our benefit, before going after her partner.

The Abbey Caves, in the southern reaches of Northland, are much less famous and much smaller than the Waitomo Caves further south–but they also play home to glowworms and happen to be free! That was all the encouragement I needed to don a headlamp and head underground. You don’t need to be an experienced spelunker to explore these caves, but sensible shoes and a sense of adventurer will help. We waded through ankle-deep water in each of the three caves, but depending on rainfall, the underground stream can get much deeper. 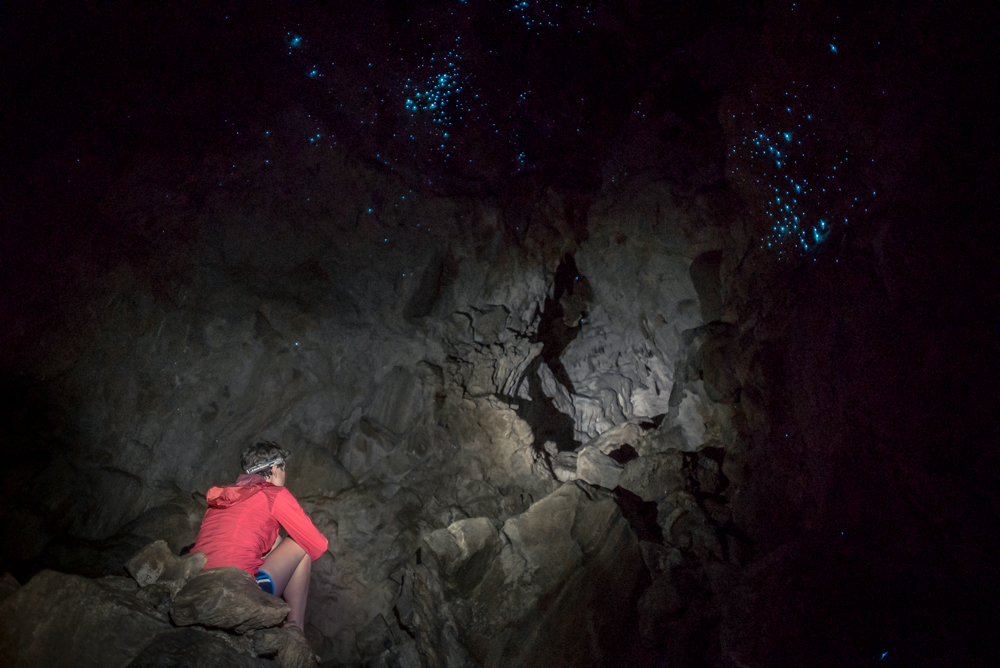 Pretty much the only reason I had for wanting to visit was the glowworms, but they’re not the only wildlife we came across–we saw a handful of eels and the biggest spider I ever care to lay eyes on. Sorry we didn’t get a picture of that; I was too busy cursing and wishing to teleport aboveground.

The snorkeling at Goat Island had one main thing going for it (which you can expect to become a theme during our world travels)–it was free! Once you rent your snorkeling gear, of course. This was the first place I’ve been snorkeling where you don’t have to hire a boat to take you to the reef. Beautiful snapper and red momo can be seen just a few feet from the beach, and further offshore you can see eagle rays and all sorts of other wonderful water creatures. It doesn’t get much easier than that–appropriate for a place as laid back as Northland. This was Ben’s first time snorkeling and it was a bit windy the day we went so we stuck to the protected cove between the beach and Goat Island itself, but still had plenty of fun going out for a couple rounds.

So that was Northland! Already we are looking back on our time up at the top of New Zealand as a tropical, care-free vacation within our larger trip. There is something about the remote beauty up there that has really stuck with us; if you are headed to New Zealand and have the time, don’t overlook it!

Driving on the other side of the road
The Coromandel, a wild New Zealand secret