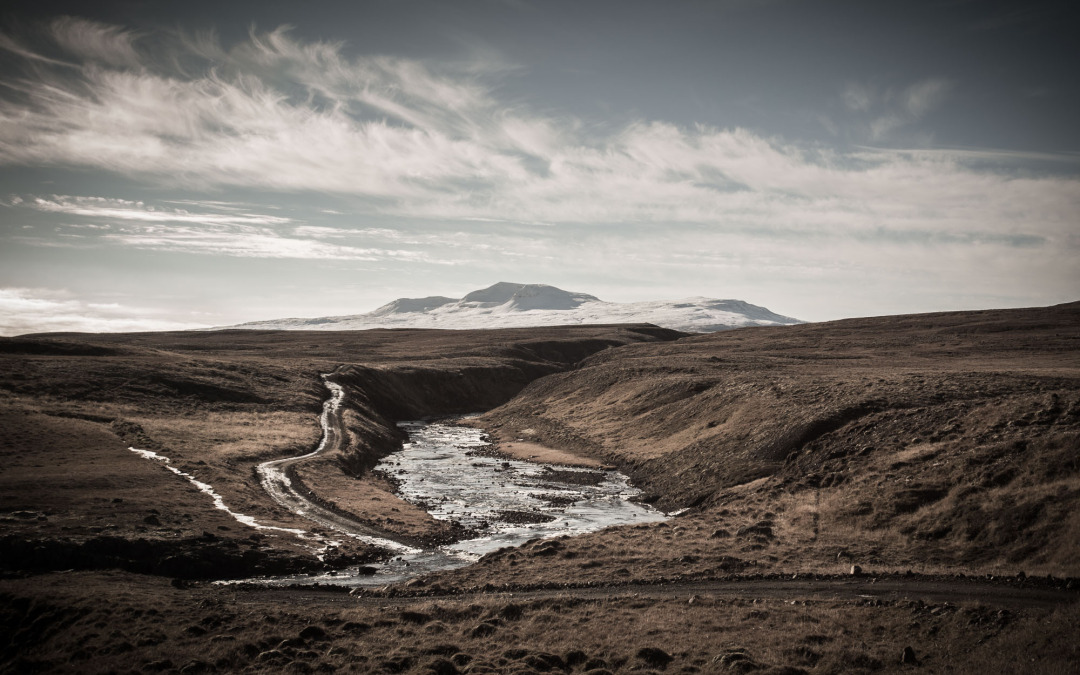 If I can pass on one lesson to Iceland road trippers, it is this: Don’t underestimate the F Roads! I was raised in Colorado and Ben was born and raised in Colorado; our two friends who were traveling with us have both lived in Colorado for years. All of us are adventurous and outdoorsy. All of us have driven on narrow, rutted, windy Forest Service roads. And all of us were on edge while we navigated F586, one of Iceland’s notorious F Roads.

Get a real road map when you’re in Iceland.

It’s not surprising that we got in over our heads when you consider that instead of a road map, we were using the “map” I found in the Lonely Planet book, which was really more like a child’s fanciful drawing. In Lonely Planet, F586 looked like a easy shortcut from the Snaefellsnes Peninsula back to the Ring Road. And before you accuse me of not doing any research–I checked Google Maps and going via the F Road was only supposed to add 20 minutes to our trip. Of course, that’s not how it turned out. By the middle of the day, I’m sure we had all reached the conclusion that the F in “F Roads” certainly must stand for a colorful, four-letter word in English that I won’t type here.

I should have been wary when I saw that the countryside we were headed for was snowy–like, really snowy. Nonetheless, when we located the turnoff from a paved road onto the ice-encrusted dirt of our first F Road, we ignored any  misgivings and turned. The road was a little bumpy, but there was no real cause for concern, even when we had to cross an occasional rivulet that blocked the road. They were just puddles, really. Except that each seemed to be slightly bigger than the last.

By the sixth or seventh water crossing, this is what we were dealing with:

Crossing the Ice in Iceland from Jenna Jordan on Vimeo.

That is me, grinning like an idiot in the backseat. I was trying to disguise my anxiety.

The streams didn’t get any deeper, thank God, but they were getting wider and wider. Our friend who was driving (and who had signed the rental car agreement) was getting nervous about damaging the car, and I was feeling pretty guilty. After all, my research and navigation had landed us on this F Road! But as I’ve learned with scary mountain roads, there’s usually no good place to turn around, so your only choice is to keep going. So we did, for hours.

Alone in the Icelandic backcountry

A lonely view of F586 in Western Iceland

We didn’t see another soul on that F Road, not even a sheep. This is when we truly got a grasp for how sparsely populated this country is–the second you turn off the main road, you are alone. The ice on those streams we crossed didn’t look like it had been broken anytime in the recent past.  It seemed like we had stepped out of civilization, onto the surface of another (colder) planet. If something had happened to our car…I don’t like to think about how long we would have waited for someone to come along and help. We had no international cell phone plan, so calling for help would have been out of the question. Even if we had, I very much doubt that we would have gotten a signal out there.

The upside to getting hopelessly far out into Iceland’s backcountry is that you’re likely to see a few things the average tourist never will. All those little streams we kept crossing turned out to be one stream that was getting bigger and bigger. Just when I thought I’d had enough river-fording to last me until Oregon Trail becomes popular again…the road passed a huge waterfall. We had crossed the river probably 25 feet upstream from the falls and had no idea until we came around a curve and saw. Phew. I’m glad we didn’t know this was there until after we made it across! 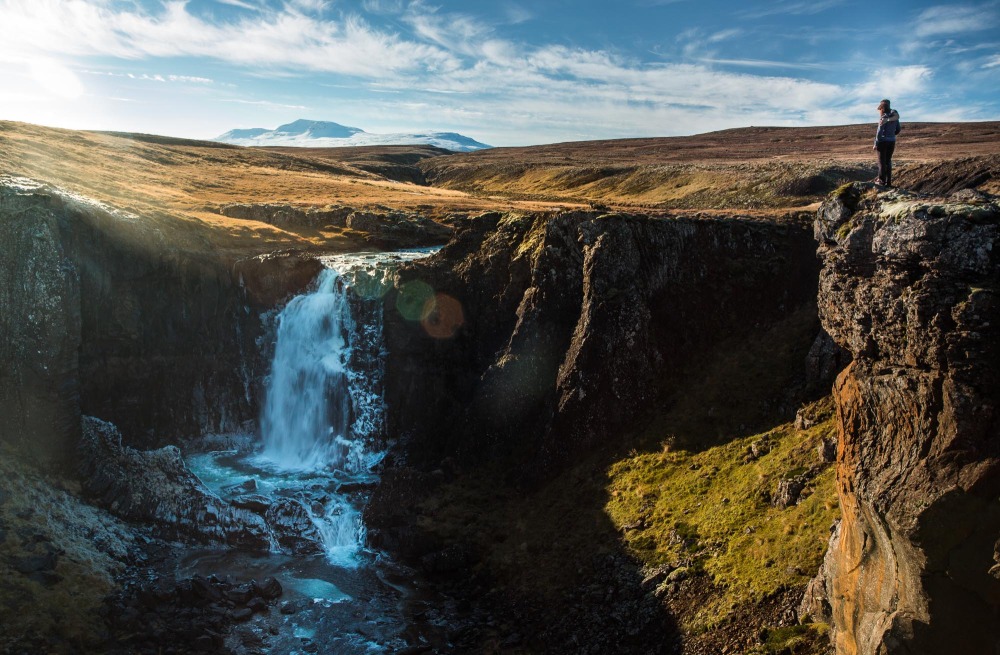 Just after this waterfall, the road headed downhill, the going got much easier, and before we knew it, we were back on the Ring Road. But those two or three hours were some of the most nerve-wracking I’ve ever experienced on a road trip. 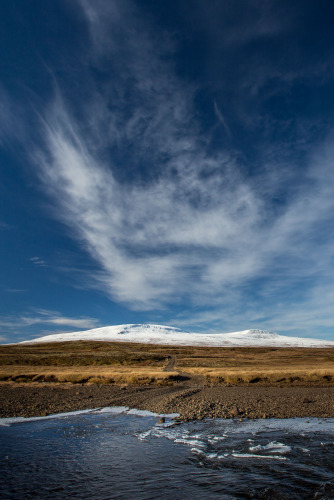 The F Roads are not to be taken lightly. If you get in trouble, you’re really in trouble: far from any help, on a seriously bad road. You need to know exactly where you’re going, and what kind of obstacles you’ll encounter on the way. We were laughably underprepared, but luckily our driver has plenty of experience on four-wheel-drive roads back home, and our car was well-equipped (enough) for the challenge.