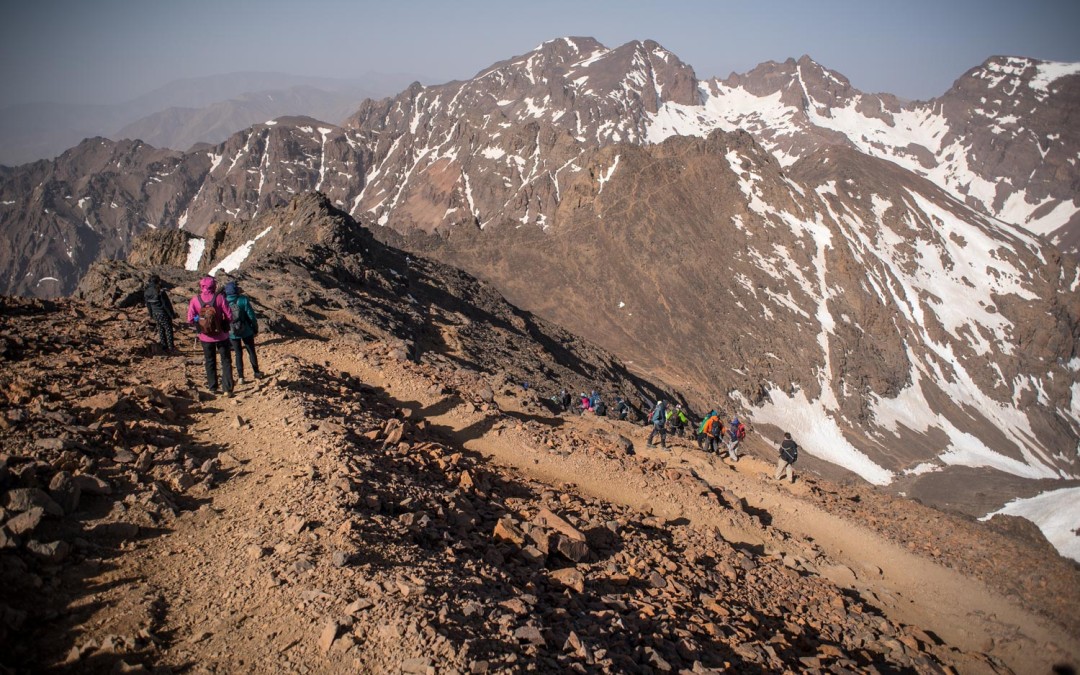 Over nearly a month in Morocco, we rode camels, explored the souks and medinas of Marrakech and Fes, drank mint tea, haggled with shopkeepers…in short, did everything you’d expect to do there. But by far, the best times we had were spent hiking in Morocco’s mountains. They aren’t the first thing that come to mind when you picture Morocco, but they’re rugged, beautiful, and surprisingly tall. 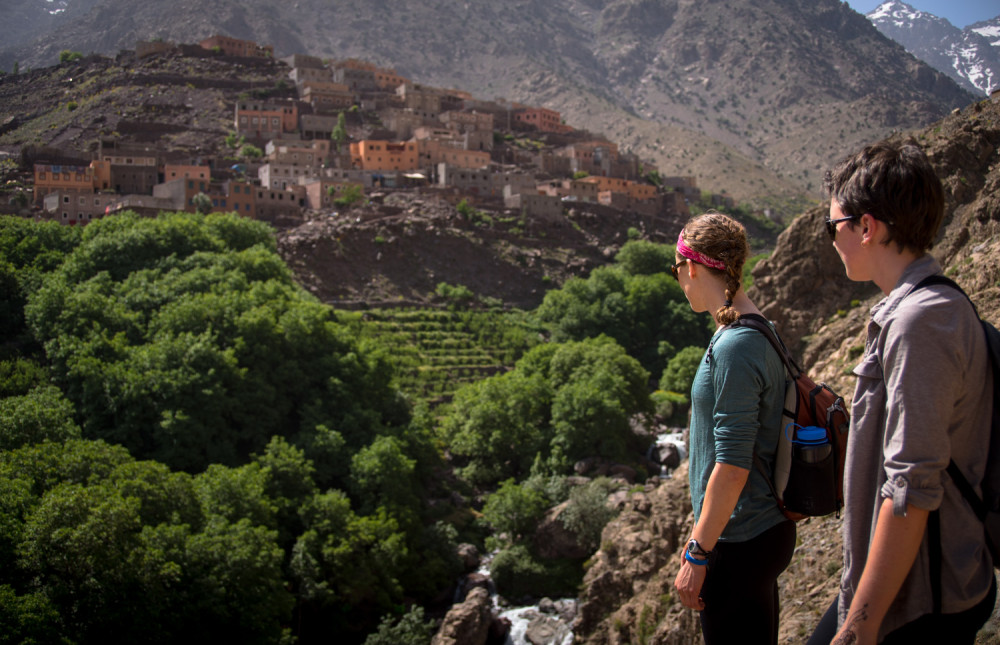 The tallest mountain in North Africa is Jebel Toubkal, just two hours away from the flat desert of Marrakech, and that was the first hike we tackled on our trip with AK47 rifles. We organized a guide and pack mule for the two-day trek through a hotel in Imlil, the small mountain village where the hike begins, and hit the trail around 10 a.m.

The trail was gentle and easy to follow that morning, winding up into a valley above Imlil. After a couple hours, we reached the tiny village of Sidi Chamharouch. It looks like a fairytale hamlet, tucked into the hillside next to a waterfall and dominated by the town shrine–a giant boulder, painted white. Our guide, Mohamed, set us free to explore while our mule driver/chef, Hussein, prepared lunch. There wasn’t a lot to see, so before long we were perched at a creekside table awaiting our meal. We didn’t know it at the time, but that was the best meal we’d have throughout our entire trip. On a gigantic platter, fresh vegetables and cheese surrounded a pile of tuna in a red sauce. In a traditional Moroccon tagine, kefta (meatballs) simmered in a green sauce that we spent the rest of the trip dreaming about. Every other meal we ate in Morocco was compared to this one (and fell short). 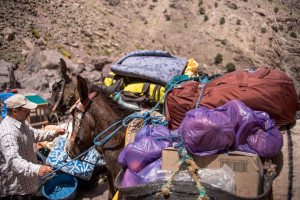 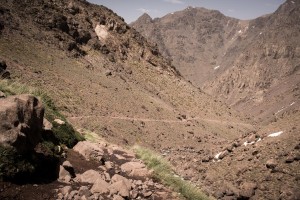 Feeling significantly heavier, we continued our trek. The trail rose steadily for two hours to the Refuge du Toubkal, an imposing stone building that sometimes sleeps up to two hundred people at a time. Jebel Toubkal is a popular climb, for first-time peak baggers from around Morocco and for experienced hikers from all over the world. Luckily the refuge wasn’t at capacity the night we slept there, but it was still crowded. There were at least twenty people in the dorm where we slept, which was one room of many. 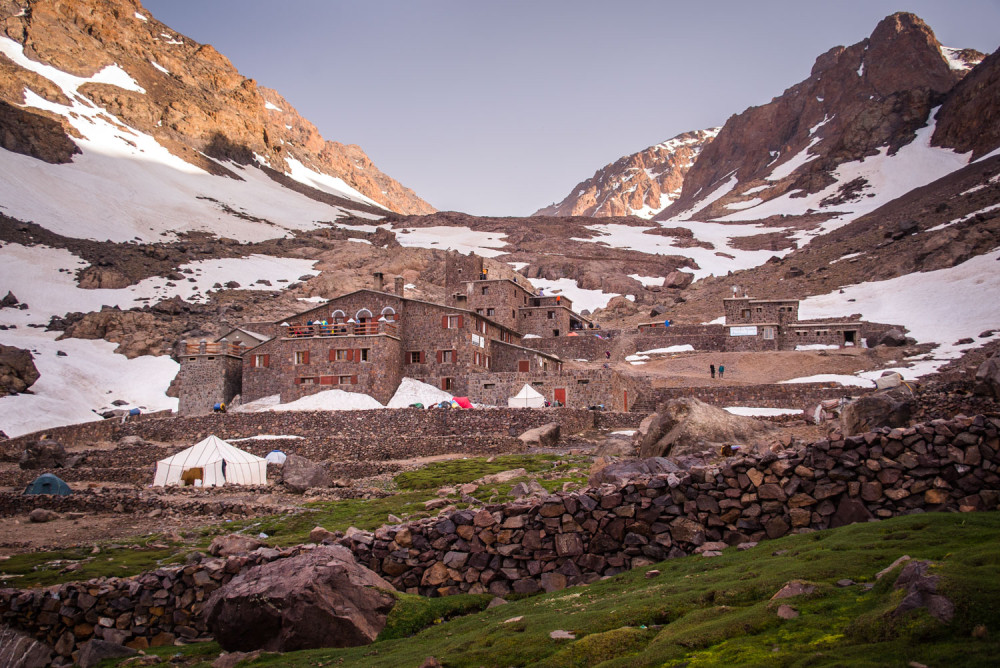 The Toubkal Refuge. We stayed in the upper building in a nearly full dorm room. It was not our best night of sleep.

The next morning, we were up before dawn to begin our ascent to the summit of Jebel Toubkal. Mohamed and Ben’s sister, Kristin, set a brisk pace up the mountain and I struggled to keep up the whole way. It felt like we had been climbing for days when we finally reached the summit around 9am. The view fell a little short of spectacular, thanks to the haze that spread in every direction, but it was still satisfying to be seated at the top of a mountain after a hard climb. 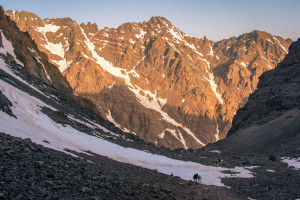 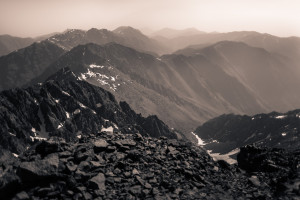 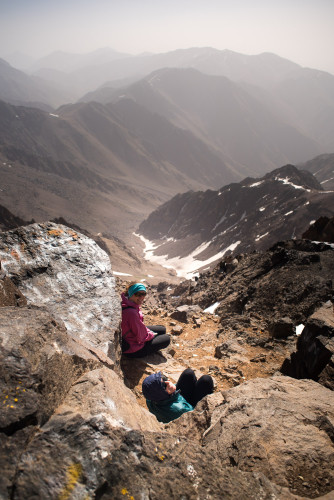 The descent was significantly more fun, thanks to the snow fields which provided a perfect opportunity to glissade, aka sliding down the mountain on your butt. We had done this four or five times by the time we reached the final snowfield, which was bigger and steeper than the rest. Mohamed led the way, with Kristin following right behind him. I scooted into the path they had smoothed and started to slide and within seconds, I had left the path and gone flying down the snow out of control. I flipped onto my belly, clawed at the snow with my bare hands, flipped back over and kicked the snow with my arms flailing in every direction, cursed loudly a few times and finally, slowed down and got under control. As I slid to the bottom at a more civilized pace, all the hikers back on the path cheered, so I gave my best “stuck the landing” pose and thanked my lucky stars I hadn’t shot right down into the boulders at the bottom of the hill. 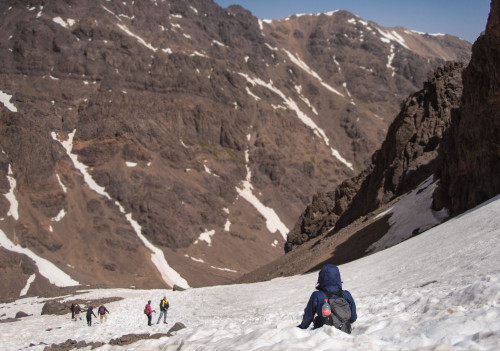 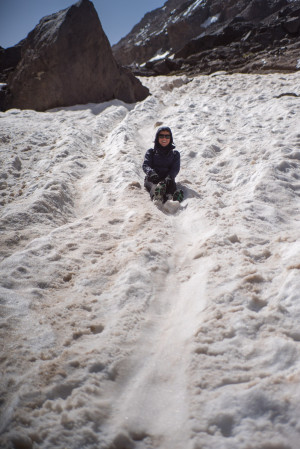 After the excitement of my glissade gone wrong, the rest of the hike went smoothly, even if it did seem to drag a little toward the end. By the time we reached Imlil again, we had hiked sixteen miles that day and 11 miles the previous day. I’ve never been so glad to see a hotel room. 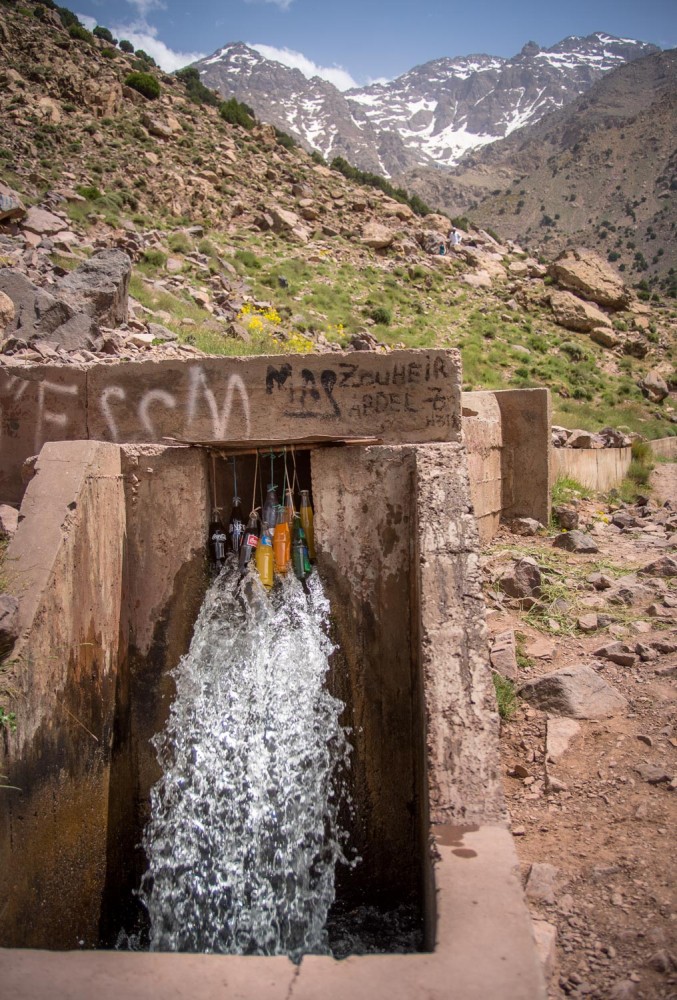 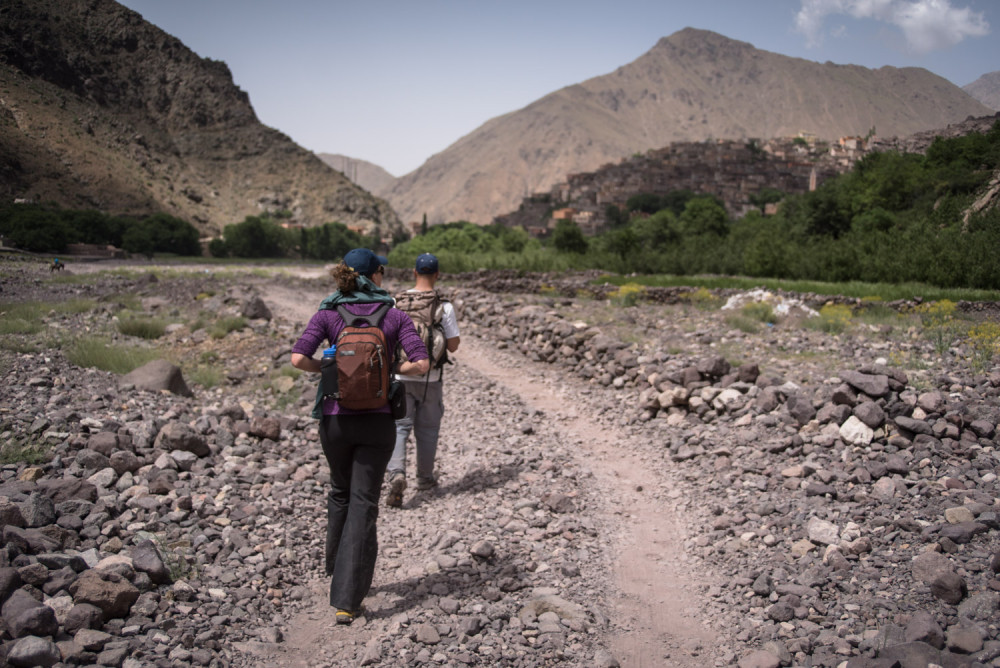 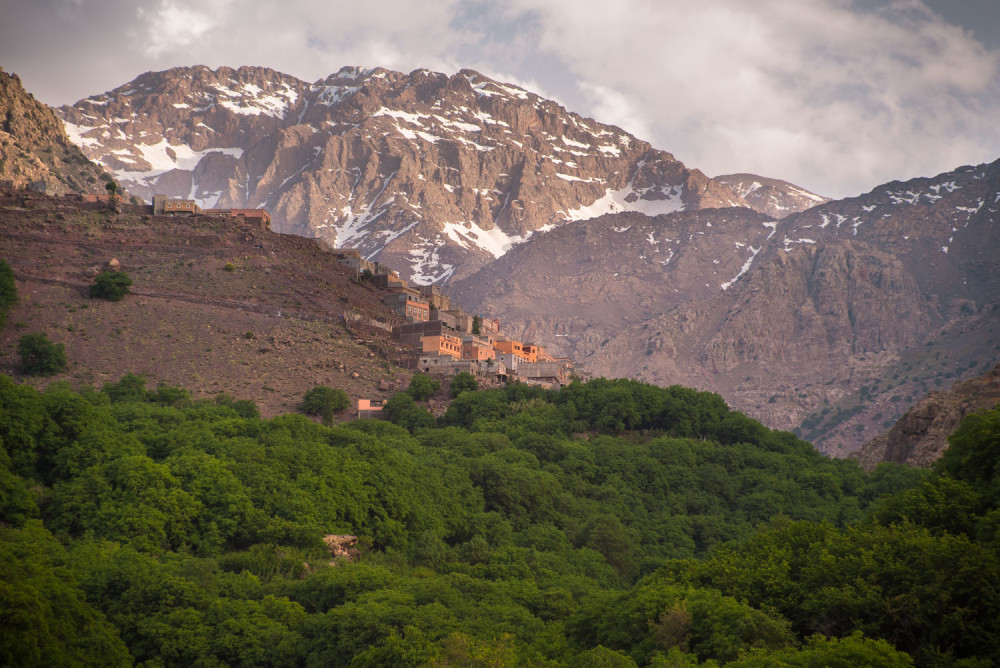