When a concert is more than entertainment 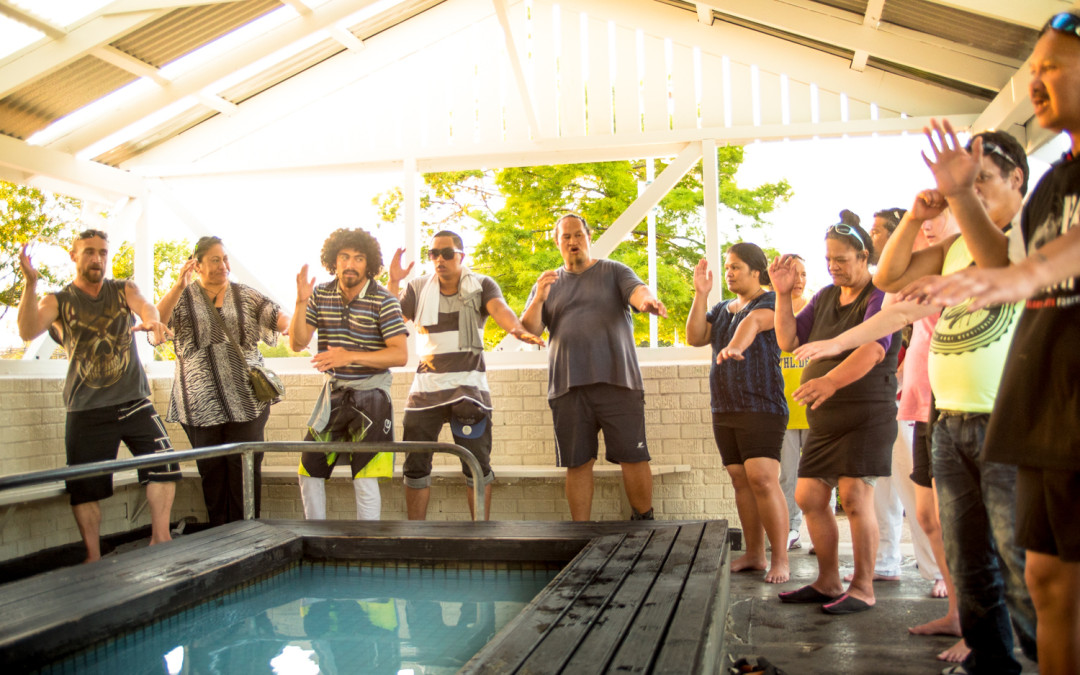 At the beginning of this year, my knowledge of Maori culture started and ended with the haka that New Zealand’s rugby team, the All Blacks, perform before a match. When Ben and I arrived in New Zealand, I learned that Maori history is a controversial subject, one that’s not always easy for foreign visitors to understand. Despite that, the Maori people and their story are a vibrant and essential part of New Zealand, and I was eager to learn more during my three-month visit.

So we scoured museums. We visited the Waitangi Treaty Grounds, where the British-Maori relationship was formalized in 1839. That treaty was later violated, and the New Zealand Government is in the ongoing process of making things right. We learned a lot of Maori words (and struggled like crazy with the pronunciation), since most places, plants, and animals in New Zealand have both English and Maori names. But museums and place names can only go so far. So much of a culture can only be captured in its art, its stories, its food and its music. I wanted to see all of that.

This proved to be a little easier said than done. It’s not like I could go up to a Maori person in line at the store and ask them to perform the haka. Maori cultural experiences for tourists are common, but out of the budget we set for our trip. To attend a hangi, or ceremonial dinner, costs well over $100 per person. It looked like we might have to content ourselves with the museum experience. That is, until one night in Rotorua.

One of the highlights of Rotorua is exploring the public park with the region’s geothermal features on display.

After a long day of sightseeing and fighting crowds in one of New Zealand’s most touristy towns, Ben and I took a seat at the public foot baths—mini hot springs for your feet, and popular with locals at the end of the day. We soaked for a few minutes and were stepping out when a group of Maori people came in and sat down. With our feet almost dry, we were about to leave when out of the blue, an older woman started to chant.

At first, only a couple people joined in. Some of the men were throwing around a rugby ball, and a few others were joking around. But the call-and-response got louder and one by one, everybody joined in on the song and dance.

It was like a spell had been set; Ben and I, and two women who were sitting nearby, stayed in our seats. The sun began to set and the foot bath pavilion filled with golden light. The beautiful melodies and choreographed hand motions were completely transfixing. All along, the group went on singing and laughing, without a care for the four tourists gawking at them. I’ll admit, I was reluctant to leave for fear of breaking the spell. As much as I wanted to take pictures and a video, it felt like it might be disrespectful or straight-up rude. Luckily, the other women weren’t as shy as me. They went right up to the woman who seemed to be in charge, and asked if they could take pictures. Just like that, she had the whole group of singers stand up and pose, and since they were already up, she said they might as well perform for us.

By the time they finished, we had seen a full half hour of Maori song and dance. Best of all, it was an unrehearsed moment in daily life. Moments like this are why Ben and I quit our jobs and started traveling—to learn about other cultures, but more important, to interact with people whose lives are different than ours. Then we can see how much we actually have in common, even if it is as simple as enjoying a hot soak at the end of the day. I still want to go to a more formal hangi and concert, so I can see what the traditional Maori clothing looks like and hear the stories behind the songs. But I couldn’t have asked for a better introduction to Maori culture than that spur-of-the-moment concert at the foot bath. 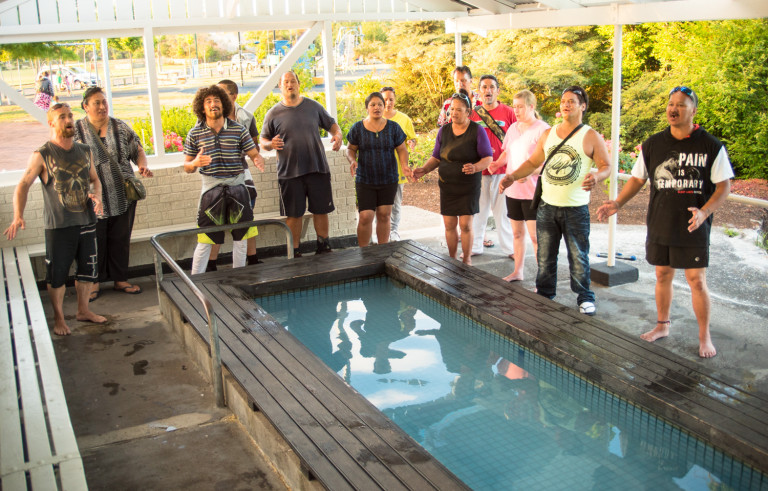 Why I love England, and you should too
On Feeling at Home in a Foreign Land