Waiting to fall in love with New Zealand 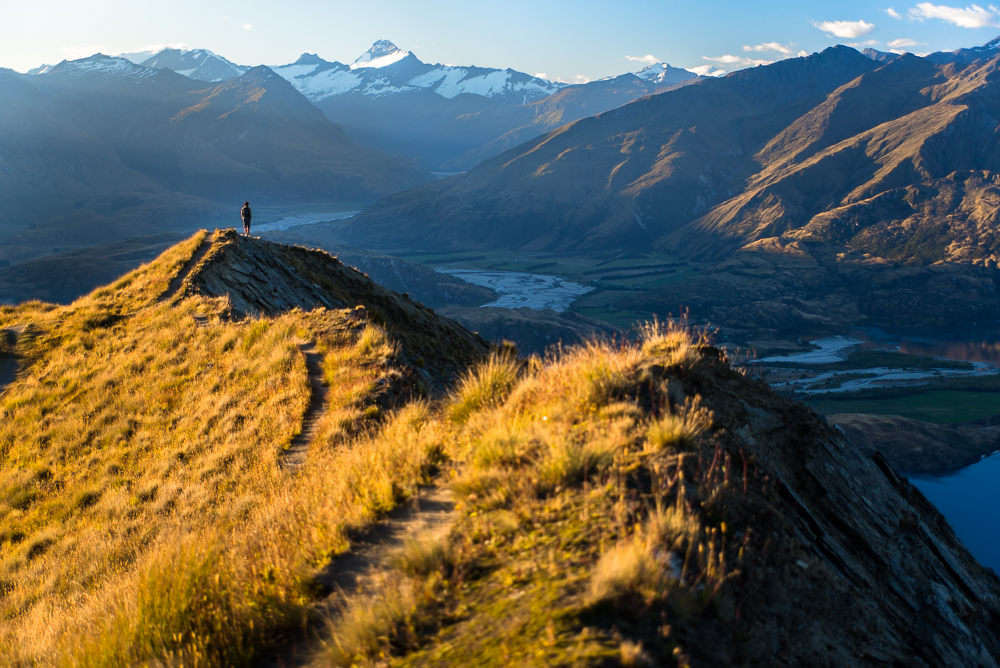 I was twelve years old when I decided that I was going to New Zealand someday. I saw the Lord of the Rings: The Fellowship of the Ring and fell irrevocably in love with Middle Earth (I know there’s nothing unique about this; hundreds of thousands of NZ visitors cite LOTR as one of the main reasons behind their trip [source]). For fourteen years, every time a new Lord of the Rings or Hobbit movie came out, or I came across a photo of the Southern Alps or Fiordland, I’d think to myself, I’m going there someday. So when Ben and I set out on our round-the-world adventure, there was no question that New Zealand was number one on the list of destinations (luckily Ben was just as stoked about NZ).

There’s no question that I had built up huge expectations for New Zealand during my fourteen years of dreaming about it, and maybe my hopes were too high. Have you ever arrived in a new country and spent half your trip (or even the whole time) waiting to fall in love with it? Maybe you built it up too much in your imagination, or you got rained out, or the people weren’t as nice as you thought they’d be. There are a million things that can prevent that magic moment when you think, this is it, I love it here. Our first six weeks in New Zealand were pretty incredible; I’d have to be crazy to find things to complain about (other than the sandflies). All the same, I wasn’t feeling the magic I thought I’d feel. There were tourists everywhere. We couldn’t afford to eat at any restaurants because food, gas, even campsites were all so expensive. The 20 year old van we were living in was a near-constant source of stress. But mostly I began to wish, ironically, that Lord of the Rings had never been made so we could have enjoyed the beautiful landscapes without tour buses full of retirees or heaps of rowdy backpackers around every corner. 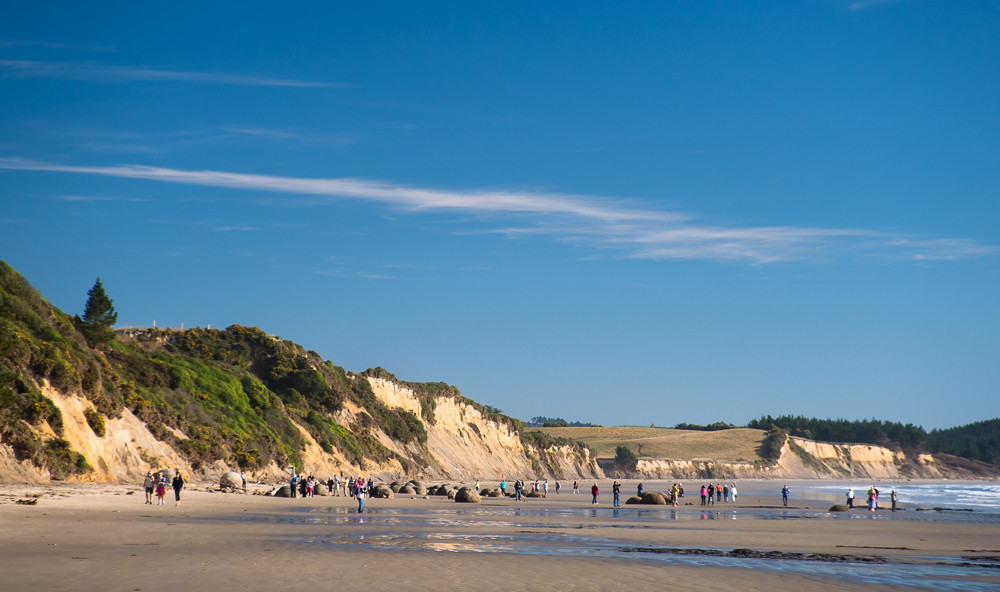 Hurry! If we don’t get there soon, the millions-year old Rocks might be gone!

Now I realize how spoiled and selfish that attitude was, but for the sake of honesty, it’s exactly how I felt at the time (I had a huge change of heart later on, but maybe that’s a story for another day). And don’t get me wrong–we had so many amazing sunsets, visited endless beautiful beaches, and went on wild hikes during our first month and a half here. It wasn’t even really a conscious feeling that I was missing out on something, and once I did realize it, I felt guilty. I wondered if maybe our trip had been too easy, too beautiful, that I was just overwhelmed with too many amazing experiences so that my brain couldn’t absorb it all.

It turned out, I was just waiting for Wanaka.

At the end of a long day of driving, after a long week on the West Coast, Ben and I drove into Wanaka. I was crabby: all my clothes were filthy, I stank, we had been in the car for hours. I had high hopes for the area thanks to Wanaka-based blogger Liz Carlson, aka Young Adventuress, but the weather was grey and windy and cold. I saw the rugged mountains and wind-blown lake without appreciating them. But we did laundry, I took a cold free shower at a gas station, and by the time we made camp under huge pine trees, next to the turquoise Clutha River, I was feeling much better.

The next day was sunny and hot. The lake was bright blue, the mountains were so beautiful they didn’t look real. I ate possibly the best fried chicken of my life, followed by a crazy-delicious salted caramel gelato, and let myself be charmed by Wanaka’s lakefront main street. Ben suggested a sunset hike up Roy’s Peak, which looms over town next to the lake, and we headed to the trailhead. 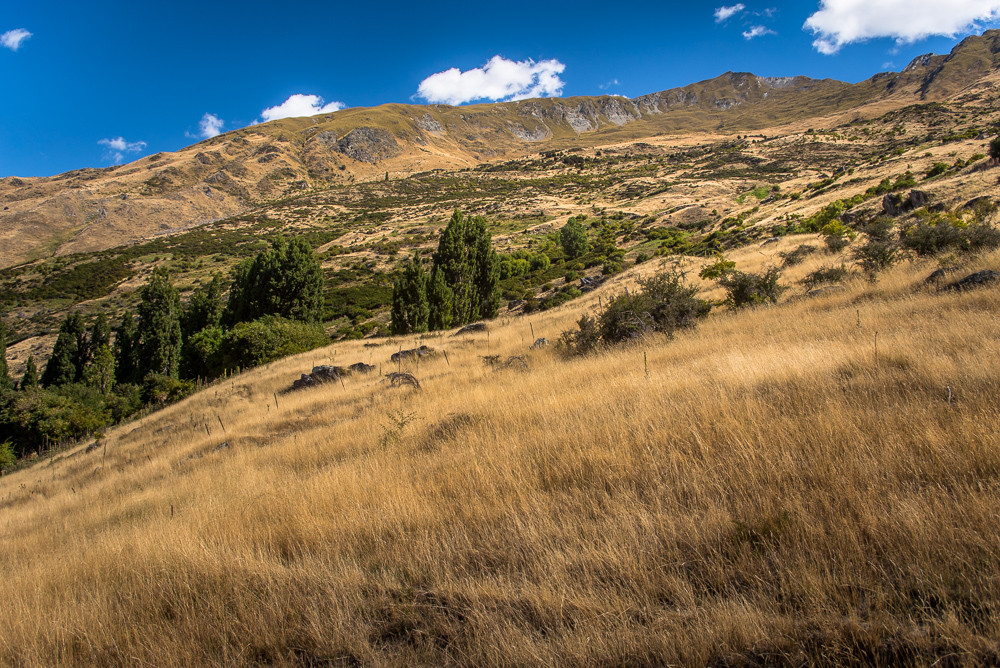 The top from the bottom; Roy’s Peak, Wanaka, NZ

The hike was tough, easily the toughest hike I’ve done since we got here. It started out steep and didn’t let up. Because it was the end of the day, everybody else was heading downhill and I was seriously jealous. Sheep peeked out at us from their trailside hideouts and I’m pretty sure they were laughing at me, gasping my way up the hill. But, as trite as it sounds, it was worth it when we rounded a corner to this view: 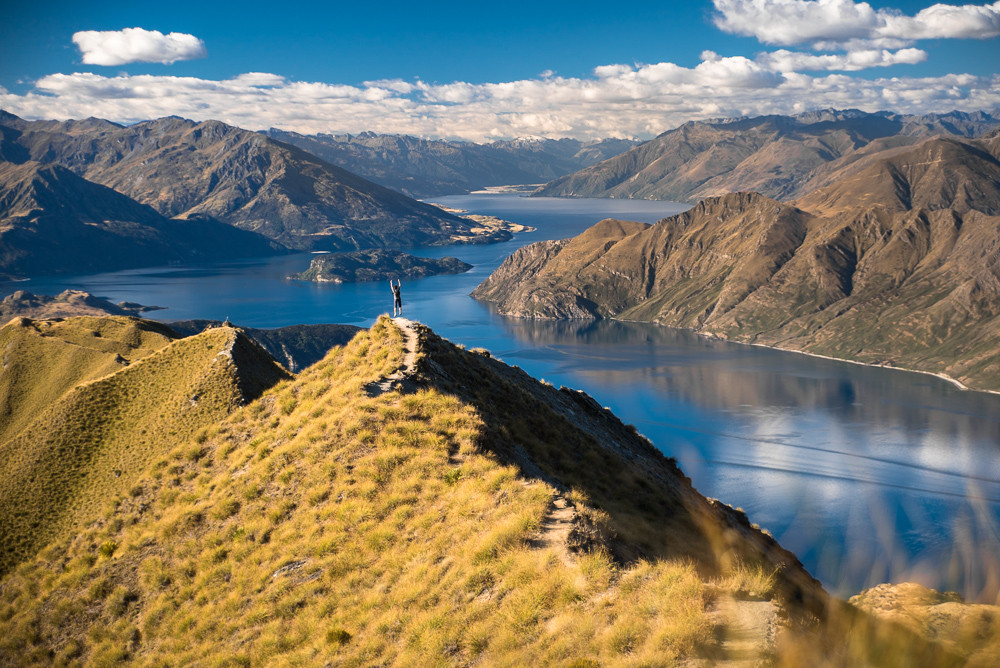 Jumping for joy above Lake Wanaka on Roy’s Peak.

The wind was whipping around the hillside, rays of sun streamed between the peaks to our west, and lording over it all was Mt. Aspiring, looking close enough to touch. And that was it. That was the moment I fell in love with New Zealand. Maybe it was the endorphins from hiking, maybe it was relief to have reached a stopping point, maybe it felt a little like I had hiked right into Middle Earth, but whatever it was, it sealed the deal for me. This is it. I love it here.

When it comes to the landscapes around Wanaka, that view is just the beginning. We kept hiking from that first viewpoint and up at the summit of Roy’s Peak, there were more views than I knew what to do with. The town and lake are surrounded by waterfalls, glaciers, and the most dramatic mountains. After that first hike in Wanaka, we went paddleboarding, wine tasting, and swimming, and we hiked to another one of the most epics views I’ve ever seen, at Rob Roy Glacier.

For a few days, Wanaka felt like home and leaving didn’t feel like a good option. To be perfectly frank, the thought of leaving made me really sad. But the rest of New Zealand was waiting for us, so leave we did. But Wanaka is always going to be there in the back of my mind, remembered as the spot I fell in love with New Zealand. 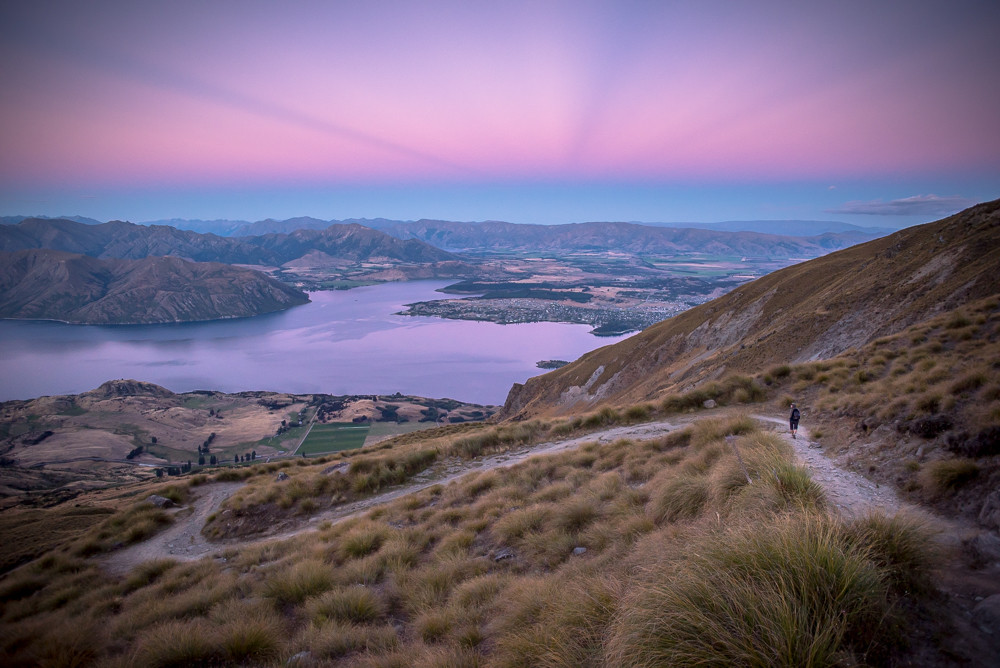